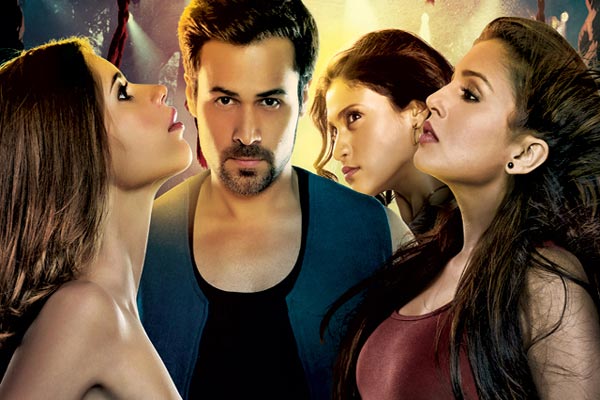 Ek Thi Daayan releases today. The verdict by the critics is already out. Whilst most have given thumbs up to the film, they are somewhat disappointed by the climax. Here is what they have to say:

Ek Thi Daayan isn’t a truly scary film — though it will provoke nightmares in the young, and I strongly recommend all parents keep their children away from this one. It is as the film winds past the halfway mark that the cobweb appears to stretch past breaking point. There are too many false-scares, terrifying jolts that quickly turn tiresome considering they come from dreams, injected in an injudicious attempt to say boo.

It is, though, smartly crafted, highly original in its approach and a strikingly ambitious effort for the genre. The end is a let-down, but the film remains a fine directorial debut for Iyer. As Bobo tells Misha while giving her a glimpse into subterranean hell, ‘don’t be scared, look.’ “Daro nahin, dekho.”

There is something out there that is inexplicable, that is beyond the realm of human comprehension that EK THI DAAYAN taps grippingly. First-time director Kannan Iyer steps forward to offer something radically different in this genre and for those who believe in daayans — even those who don’t — will take to the plot instantly because Kannan’s storytelling is lucid and graspable. The flashback portions in the first hour are noteworthy, with Emraan revisiting his childhood. At the same time, Kannan ensures that there’s a love story running parallel to the main story, besides integrating the mandatory songs in the narrative, thus steering clear of being labeled ‘dark and dry’ in the process.

On the whole, EK THI DAAYAN is an imaginative and appealing supernatural thriller. The film is placed in a relatable world, with myths about witches expertly intertwined in its absorbing screenplay, something which a spectator can effortlessly identify with. Exceptionally novel and attention-grabbing, it’s a first of its kind. Watch it for the sheer novelty it puts on display in its genre!

Meena Iyer, The Times of India/TNN

Woven beautifully between the world of magic, occult and suspense, Ek Thi Daayan, makes for compulsive viewing, providing some spine-chilling thrills at short gaps. The narrative in the first half is almost faultless. There are some nice romantic moments between the lead pair Emraan and Huma and a couple of songs too. But just when you start to relax and flow with the emotions, along comes a scary twist that jolts you back to the edge of your seat. The climax is a bit stereotype of horror/supernatural thrillers but that’s a minor hiccup in an otherwise cleverly done film of this genre.

The tale of ‘Ek Thi Daayan’ reminds the bedtime story narrated by our ancestors to make us snooze during our childhood days.  The flick has its dread elements providing us spine-chilling thrills but at occasions is incapable to define the meaning behind those moving curtains. Director Iyer undeniably makes us move through its brain storming thrilling sequence in its paranormal narration. He captures the romance between the happy, yet besieged with phantom, couple-Emraan Hashmi and Huma Qureshi pleasantly in the first half of the flick.

The problem here lies in the rest 70 minutes of it which drags you to stay until the climax unveils. There is always a question why Indian cinema, despite a  concrete plot, is doomed to mundane monotony.