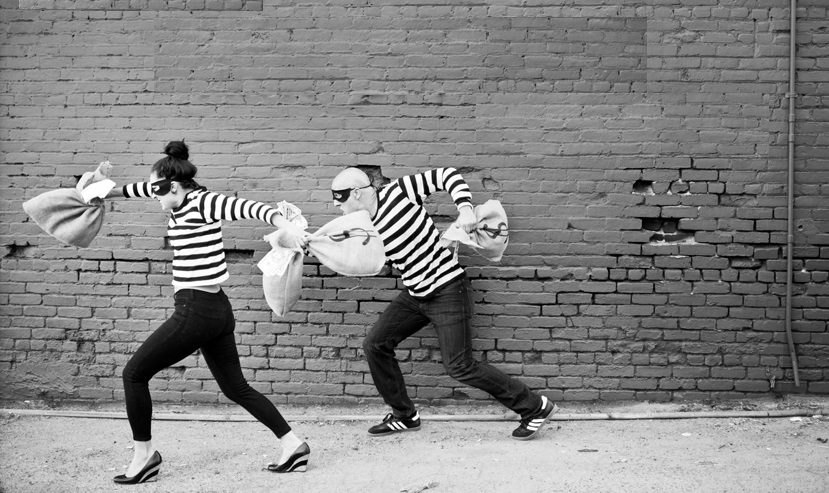 He insisted on being called Superman Moshai (Bengali for Mister) but everybody called him SuMo. Now that my business partner has sacrificed his earthly pleasures and ascended the heavens, I don’t believe it would do much harm to expound on his colossal ego and his cockamamie antics.

It was during one of my earliest ventures that I first met him. By a dramatic coincidence, we had turned up to rob the same house! Not one to have been tied down by standard robbery protocols, the guy had turned up in a Superman costume to rob the Mayor’s house! I was young and I was in awe. He was 8 years senior and absolutely delighted to have found himself a pair of admiring eyes (not to mention sole but all of that was to change). “Aye Babu! Bill u bikoom my portner?”(will you become my partner?), he thundered. I meekly nodded my head.  He had me in raptures and how. It was only when the servants came running (you see the fool had thundered!), that we made a dash for escape. Little did I know that it would be the first in the series of our ridiculously regular escapades.

Now before you are taken in, let me tell you he was anything but Sumo. He was 5 feet (though you wouldn’t have known, he wore high heels), thinner than Victoria Beckam and had a mop for hair that simply seemed to have a life of its own. Squint-eyed, he imagined himself to be some kind of a punk robber and strongly believed if he wore his underwear over his pants (not unlike Superman)and his tongue pierced in five different places, he would attract swarms of bikini bottoms!!!

Trust Sumo to bungle every burglary. When he was not bungling, he was busy digging his nostrils out with his finger. If I made faces at his unhygienic habits, he would say with every bit of pompousness, “ Babu, a clear noshtril enobles clear robbary!” If ever there was a team that failed as unswervingly as us, then you can know for sure that it is a myth or Sumo had been a part of that team. Even the petty thieves who picked pockets (the lowliest of burglars’ castes) started crinkling their noses at us. It was only when I begged and pleaded and threw countless tantrums that the bird-brained conceded to my request of quitting the business and starting a dhaba. But he made sure to remind me every waking moment that I had snatched away his duty of being a Deshi Rabin Hood. He harbored an intense dislike for  Sardars and would not allow me to serve them in the Dhaba. “Thish peoples hide weapuns under their turbons. Babu, u are too young. U don’t know thish rogus (rogues)”,he would insist. Try hard as I might, Somu’s egoistic and fanatical claims always won.

We parted ways 2 years back. I wanted to explore the world.

Last night, an old compatriot called to say Somu had passed away in Howrah. I don’t know yet how. And I am not sure if I want to know how….

View all posts by Shivali Unishree

Latest posts by Shivali (see all)
Spread the love
Tags: When Life Brings You Together.... Rob

You Love to See Drama in Other’s Lives!

The Gender Wars – Amusing Differences Between Men And Women

Yo Yo Honey Singh Goes the Religious Way: Just a Twist