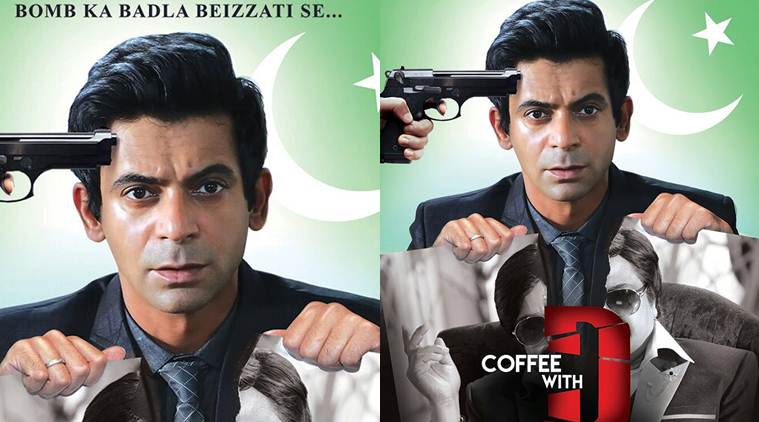 Here’s another one from the grapevine: the reports of yet another fight between Sunil Grover and Kapil Sharma.

So, the much-loved Sunil Grover is soon coming up with his film Coffee With D. But rumor mongers won’t have enough of the “rivalry between the two stars of Kapil Sharma Show.”

Around 3 years after the fateful event of Sunil Grover walking out of Comedy Nights with Kapil, reports of their tiff have resurfaced. The latest news doing the rounds is that Kapil Sharma refused to do an episode promoting Coffee With D on his show. No reasons behind this refusal were given but the conclusion was drawn that Kapil Sharma is only doing it out of insecurity.

Far from what everybody is writing. Sunil Grover, in his interview with Bollywood Life has cleared the air. He said, “Yes, the promotion of Coffee With D on The Kapil Sharma Show is not happening. However, Kapil did not refuse it. Anything of that sort did not happen. Kapil did not say a No.”

He added,  “Decisions are taken creatively. Zakir Bhai (Zakir Hussain) who plays D in the film did not have the dates. This happens on many occasions when an entire team of a film can’t make it. Clashes happen and an episode cannot be shot.”

Of course, the fans of both the stars didn’t bother to check the authenticity of news and went on a rant online. Hope the truth calms them down a bit, for now!