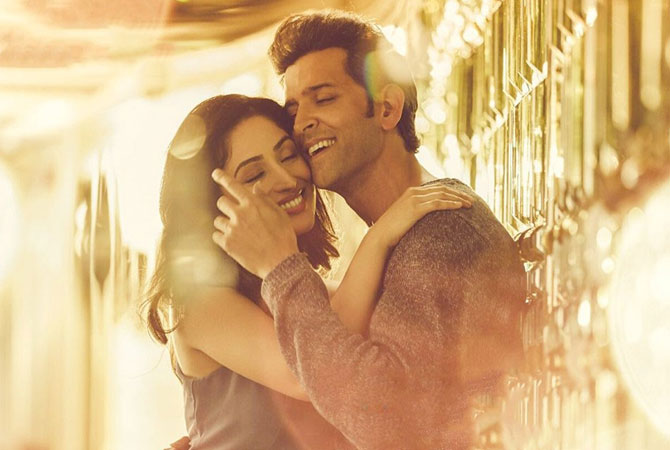 So Kaabil had a special screening a couple days back, and everyone was quite vocal about the feedback for the film. We bring you some snippets of what some important folks had to say about the film: The film is fantastic and Hrithik Roshan was brilliant. It will be a huge hit, but Hrithik was unbelievable. It’s by far his best film. All the departments, Sanjay Gupta, Ronit, Yami, did their job well, but ultimately its Hrithik’s film.

The film is unbelievable. You will go mad if you see it.

Does the film itself live up to the expectations though? Well, that depends on your expectations. There is a lot of realism missing in what’s supposed to be a gritty thriller. Locations seem semi-fake. In portions, the film itself appears slightly cold, and thoda sa plastic.

But if you were to keep your eyes glued to the screen and follow the blind man’s graphite walking stick right down to the picture’s climax, I’m fairly certain you won’t be disappointed. Yeah, it is, for the most part, kaabil-e-tareef!

Kaabil is gripping, gut-wrenching and is likely to stay with you for a long time. There are minor hiccups in an otherwise smooth narrative. Hrithik Roshan inhabits the part. As a matter of fact, he delivers his career-best performance and is the film’s biggest strength, no two questions about it. Rich in merits, this film has the power and potential to emerge a success story at the ticket window. Highly recommended!

Meena Iyer of the Times of India

The highlight of the film is Hrithik’s bravura performance. He is vulnerable as a lover and menacing as a killing-machine. Half a star in the movie-rating is reserved for his all-time best performance here. Yami provides the perfect foil, subtle and super-effective.”

Frankly, a pall of gloom descended over me. Primary reason: neither producer Rakesh Roshan nor the unarguably gifted actor Hrithik Roshan needed this.
Whatever possessed the Roshans to opt for this project which harks back to the  jawbone-for-a-jawbone blood-curdlers of the 1970s and ‘80s? Maybe it was viewed as an opportunity for Hrithik to play an empathetic, visually-impaired David who turns Goliath in face of gross injustice. But then hasn’t he enacted the challenging quadriplegic before in Guzaarish? Or maybe there hasn’t been a badla movie in ages. Er, say cheese but what about Badlapur please?
So would I recommend a look-see?: For Hrithik yes, for the rest of Kaabil NO.

Just watched #Kaabil, @iHrithik's sincere effort is commendable,he's evidently given it his all. A sensitive film with captivating storyline