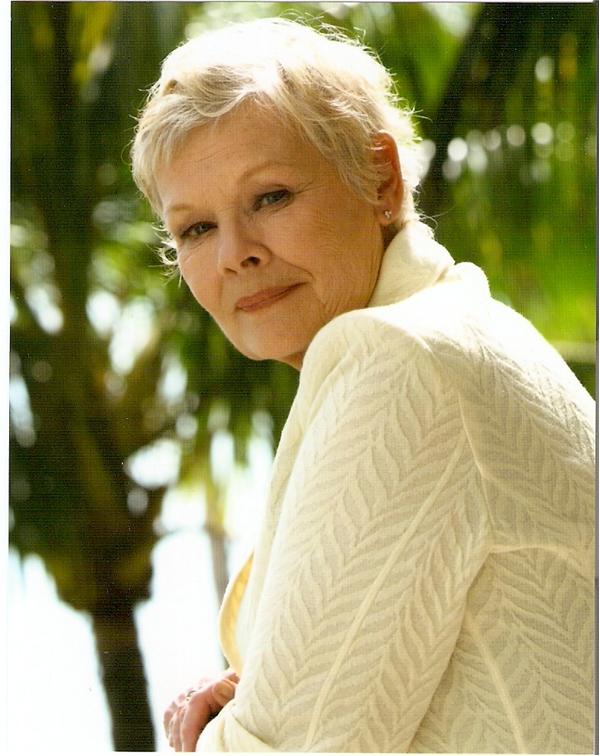 There is something incredible about the swathe persona of Dame Judi Dench that makes her a crowd-puller. The blue-eyed dove leaves you cajoled. It’s astounding how the 77-years-old personifies an image of an ultra-modish woman ready to take on any challenge, any opportunity.

Dench is not only one of the most well-liked British actresses; she is also amongst the most respected of the lot. Many know that Judi has been a five-time winner of the British-academy awards. However, they have a little idea that in 1970, she was granted an Order for the British Empire; and, in 1988 made a Dame of the British Empire. If you have been an audience of Judi Dench’s onscreen charm, you would be compelled to use hackneyed compliments – great, brilliant, legend. So when it comes to awards and accolades, we aren’t surprised to hear that she is a ten-time BAFTA winner.

Judi’s trademark on the “parda” has been playing powerful roles where women are in position and are influential. Another noticeable part of these roles – the power-packed woman that Judi was playing often stood isolated and alone, criticized by those subordinated to her by position or role (in reel life). Her role as ‘M’ in Bond films never failed to allure. Nonetheless, it was a dream come true for the spectators when, occasionally, she played her stage ‘self’ onscreen in adaptations of “A Mid-Night’s Summer Dream” and “McBeth”. Once again, speaking of her laurels, the 1999 Oscar that she earned was for her performance ballpark eight minutes divided into four scenes as ‘Queen Elizabeth I” in, of course, “Shakespeare in Love”. The actress who has much to her credit in the industry has an even greater affinity to stage.

In her remarkable career that spans over more than 40 years Judi Dench spent most of her time and effort off-screen rather than on it. Her commitment to the stage has been such that an incredibly high-profile career in movies could not break her away from it.

Traditional is not a word in Judi’s dictionary. With the 007 films she took on, what we would perceive as typical male roles, indomitably. Nonetheless, she wowed the audience with contemporary performances in a number of plays. The sweet-looking, bold and beautiful (yes, that’s absolutely contracting) Dench is at ease with her relationships. She doesn’t shy away from being in lime-light or being talked about her personal life. Balance is her key. She says, “When you’ve been widowed a long time it’s very, very nice to have the company of somebody.It doesn’t have to be a great, passionate sexual affair but it’s nice to have someone who says, ‘I’ll find your keys for you’, or, ‘Let’s go to the theatre tonight’. Very nice.”