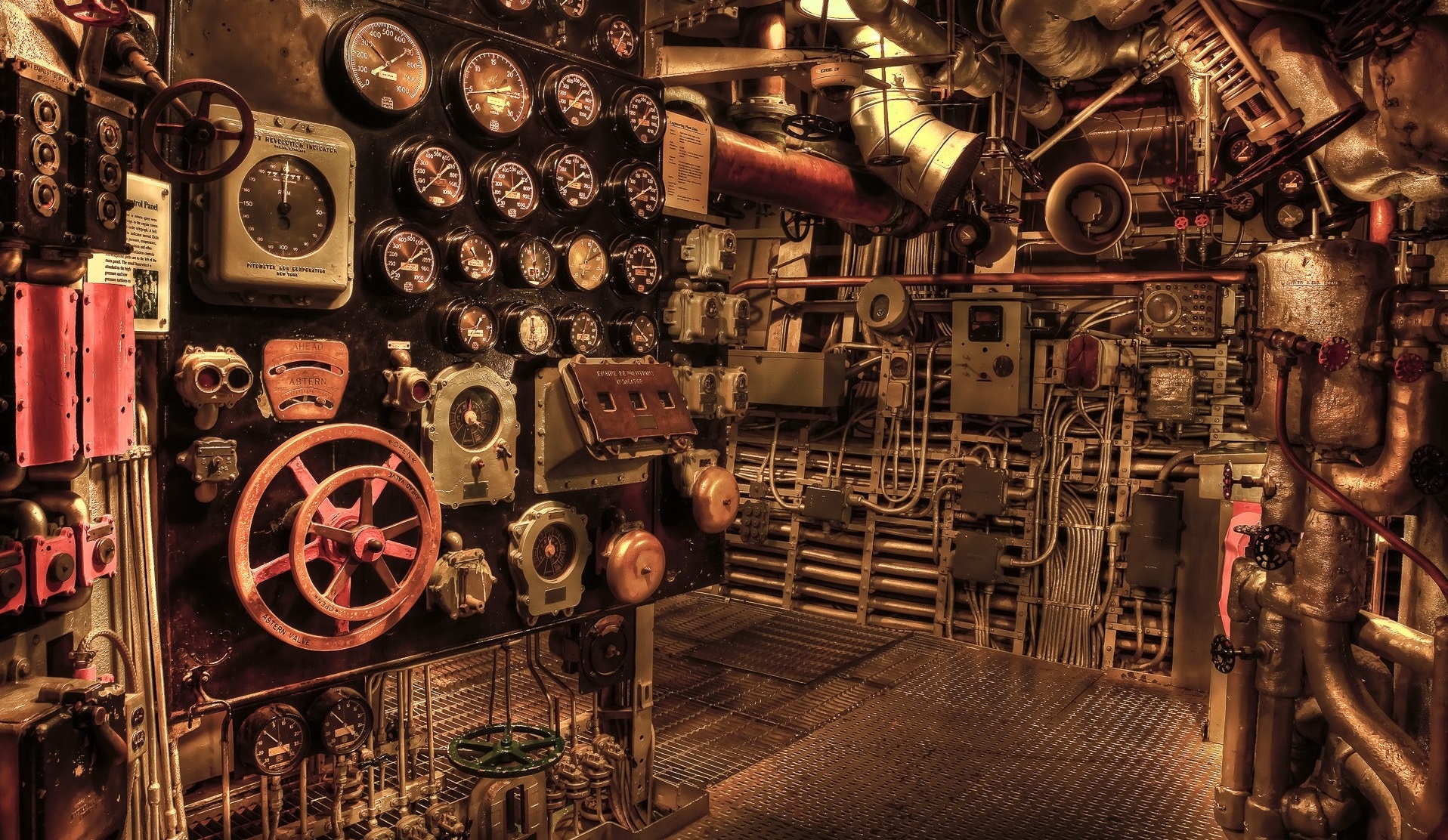 Want to know about the history of escape rooms? Do you know who started and how did it turn popular? Although you have heard a lot about escape rooms, do you know where they originated?

Well, the origin of the escape room games on earth is very fascinating. It is not just a concept that has become popular overnight, but involves chain of 15th and 19th century precursors. It is a common notion that escape room games are inspired from video games. However, there is more to it and as you read this post – you can unfold several factors that  popularise the modern day escape room games. Read on to know how escape rooms work and what lies in the future.

The thought of murder, accident, being trapped in elevators usually give us goosebumps and we tend to escape such scenarios. However, people today love to invest time and money for experiencing such horrid situations.  Thanks to the advent of escape room games.

Escape room – the thrilling, mind-boggling and live adventurous game is popular worldwide. Locking up a team of players in a room for 60 minutes to solve brain crashing puzzles or discover clues is a super hit concept.

These games attract people as it tests their – logical thinking, reasoning and problem solving skills besides, elevating mood and killing stress.

People escaping the room within specific time limit feel heroic and victorious for days to come. Another interesting fact is people who lose the game also consider it a splendid experience.

I am sure you must be curious to know where did escape room come from and how they work? So, let’s take a cheeky dive into the history and origin of Escape room KC.

The concept of KC Escape room or Escape KC  comes from the video games themed – “Escape Room”. These video games were very popular in the early 2000s particularly “The Myst” or “Crimson  Room”.

These video games allow players to struggle with virtual world – a “trapped room”  to find clues and escape the room. It was interesting and challenging enough to cause an addiction, as early gamers use to indulge in it for hours and hours.

Again there are several myths that the modern day escape rooms are modified version of hedge mazes. So, the history of escape room games traces back to 15th century precursors.

In 15th and 16th century the hedge or turf mazes were designed for fun and pleasure. The players loved to enter the confusing pathways and escape them for pure entertainment.

You must have heard  the name of popular maze – Hampton Court, England or The Tangled Maze, Australia.

Later, the concept of the mazes were well exploited in online video games. You will also get the evidence of this form of entertainment  in Harry Potter and other novels.

Indiana Jones in 2004 developed the real-life adventure games – 5 Wits taking inspiration from online video games in high demand. In addition to thrilling puzzles, these games were more of an adventure that gave people the feeling of complete entertainment and fulfilment.

Again in 2006, a group of scientific programmers inaugurated Silicon Valley, where mysteries and challenges were inspired from crime genre novels and detective businesses.

Takao Kato, the founder of the Japanese company SCRAP in 2007 executed the unique concept of morphing the video games into live action based games. Takao Kato confessed that the inspiration for SCRAP was a girl playing online escape room game.

Unlike SCRAP, 5 Wits or the Silicon Valley never branded  the game as “escape room”. Kyoto, Japan is not only the birthplace for escape room games but an origin for its expansion across the world.

After the success of SCRAP, escape rooms began to pop up in places like Singapore, San Francisco, China and North America between 2011-2013 .

Another city to create a huge buzz about escape rooms in Europe is – Budapest in Hungary. The company Parapark in 2011 intended to develop live adventure rooms. It was least aware of similar ongoing projects in Asia and Japan.

Hint Hunt was the first Hungarian franchise to open live escape rooms in 2011 and that differs slightly  from the Japanese version of the escape games. Therefore, it is debatable – whether the origin of escape rooms is Japan or Hungary.

France was hosting 367 escape rooms under 20 different brands in 2014, while Canada started its journey with Escape Game story in 2013. This was the fuel for intense competition between small and large businesses.

The first contemporary American escape room company to start in 2013 is – the ‘Puzzle Break’, which along with ‘Escape the Room NYC’ was the source of US escape game expansion .

“Tick Tock Escape Room” in Kansas – the largest city of US is the new attraction after its origin in Malaysia. The popular escape rooms in Kansas City are – Escape  KC, Breakout KC, Escape Rooms in  Overland Park, and KC Escape.

Starting with 22 escape rooms in 2014, there were approximately 2000 permanent escape rooms in US by 2016. There were over 8000 rooms all over the world by 2017 and we can expect to see many more escape rooms with new technology, puzzles and themes.

Unlike the Flash-based video escape games, the real-life game is more about creativity, adrenaline rush, theatrical experience and flabbergasting atmosphere.

Before 2012, the escape rooms were mostly small-sized basements resembling trashy place that give the feeling of a real-life problem. Later on, designers came up with an escape room with more sophistication and diverse themes.

All the small and big businesses are  brainstorming to give cutting edge experience to the players. The concept of live escape room is far beyond the paper and pencil puzzles or padlocks in the present day.

The use of automated technology helps to develop live escape rooms with amazing storylines and innovative puzzles. Hence, people all over the world are enthusiastic for such an immersive experience – irrespective of the age.

Whether it is student or working professionals, the rate of excitement and inquisitiveness is always sky high. Hence, escape room business is accelerating at a fast pace with a terrible competition.

These tie-ups are the source of diverse themes, hurdles and robust props in the escape room that ensure the replayability of the games and best practices in the business.

Escape rooms have now evolved to be a top-notch source of entertainment and no other game can beat its wow factor.

How does the live escape room games work?

Escape rooms contains various games each with different themes and you will have to work on a mission. People who love teamwork, and problem solving can easily accomplish the mission of escape games.

For each game a team of 10-12 people will be “locked” inside a room for 60 minutes, where you can start your adventure.

Inside the room you will receive the gamemaster’s briefing on the backstory, events and rules of the game. Soon, the briefing is over the countdown clocks begins and the players may start exploring the mysterious room.

The escape room comprises of various puzzles, symbols, marks or spots, artifacts,  numbers and peculiar objects. All you need to do is frantically search the room for clues and keys – just like in any treasure hunt.

Inside the room, players can transform into a favourite role play such as Sherlock Holmes, while experiencing a whole new fantasy world. You will love the 3D magic inside the room, team bonding and the laughter benefits.

You must well coordinate and collaborate with the teammates to save time, share information, avoid chaos and effectively collect the hidden items.  You may obtain a hint by solving one puzzle, which may be an answer for the next hurdle.

Each puzzle that you solve will take you to a harder problem, which may sometimes baffle you like anything. As the time passes you will face anxiety, incredible tension and giddiness.

The unexpected turns and twists at each level will spike your adrenaline level and push you to brainstorm the ideas.

Upon gathering all the necessary information, you may start connecting the dots one by one.  It will help you finally reach the key or code that leads your way to freedom and success.

What lies in the future?

Escape room is evolving to be the high revenue generating business owing to the rise in demand and popularity.  More people are looking forward to invest in this business and built permanent escape rooms in different destinations.

Why not take advantage of this lucrative business and the competitive market? After all, it is a low investment deal – where you can start with as low as $7,000.  You can gross over to $600,000 within two years, as the case with the CEO of Puzzle Break.

Building a KC escape room using the technical wizardry is the one-time investment. You can lock 12 members at a time for 60 minutes, where each may pay around $25-30. The charges are too cheap, which is attracting people – not only on weekends but every small and big occasion.

It means you can generate up to half a million dollar in a year. Therefore, the business has immense potential to generate thousands of dollars in a couple of years. Isn’t it interesting?

The only challenge is to come up with classy themes, funky decorations and devious puzzles  that keep people completely immersed.

The business owners must focus on ways to create unique experiences to retain customers even if they do not win. There are several project proposals focusing on developing the escape rooms for educational purposes in places like museums or libraries.

If you can keep giving incredible experiences to the people, then the future of the business is certainly very bright.

The reality and replayability of the escape room game arises from the  talent and creativity of various – television shows, interactive theatre and many others. Several ideas are also taken from different types of puzzles and 90’s murder mysteries of Sidney Sheldon or Agatha Christie.

It appears that there is more to the history of escape room games, and a lot of  researchers are peeking to unfold the story behind the spooky environment. The future studies may provide a more detailed look into the historical origins of these live adventure games.

The game works by putting you through the horrifying situation for 60 minutes, where you will fight for freedom. The KC escape rooms are driving people crazy by giving satisfaction to their adventure frenzy.

Thus, the escape room games have evolved to be a place, that can  enrich family bonding communication, teamwork skills, and relieve anxiety. Consequently, the public demand for escape room games is increasing every year.

Therefore, more entrepreneurs are coming forward to invest in this lucrative business opportunity. The advancement of technology can help them come up with more immersive experiences in future.

If you have never visited escape room then you are definitely missing something valuable in life. Are you wondering what is the ideal occasion to visit escape KC? Then, let me inform you that escape games are suitable for any occasions.

So, without thinking much book your tickets now, and have immersive fun!!! We are looking forward to your experiences and feedback.

Missing Out on Family Outings? Embark on a Virtual Adventure with Online Escape Rooms!