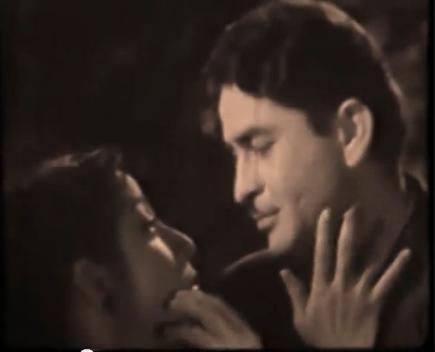 So how do you choose ONE best song of each decade? Simple, you become subjective and piss off millions who are bemused to see their favourite song being criminally overlooked. This list is no different.

Indian cinema’s music industry is laced by the artists of the highest calibre. Each creates his notes with rhythmically good flair. Here is my list for the greatest songs of each decade. You might disagree with the choices, but listening to these would surely make you believe they were sung in the magic hour!

The glorious symphony was ever so present in the song. Raj Kapoor’s first blockbuster as a director gave us a song for the ages. And this was just a beginning for the legendary duo, Shankar Jaikishan.

Melancholy, pain and hope – all these happily coexist in Woh Subha Kabhi to Ayegi, the most nightmarishly beautiful song ever. The song perches itself comfortably in the nerves of a listener. Then the song mounts up, then it heats up, but it never really does explode.

The music, the lyrics and Hemant Kumar draw you in with the song’s saturated emotions, but only just. You are left at the edge, with your heartstrings more teased than pulled.

How could Rafi not be in this list, How could he not be in any list! Music, lyrics, vocals – everything leaps in the song that refuses to age with time

Composed by Madan Mohan, penned by Kaifi Azmi and crooned by Rafi, this has to be the most dynamic songs of all time, not letting your mind meander. Not even a bit.

1980s blasted off with a resoundingly resonant album, Umrao Jaan and it remained as the de facto album of the decade. Each song drenched in the nawabi touch, Dil Cheez brings to eyes a royally ‘blemished’ Kotha.

How could AR Rahman be not in this list! Hell, how could he be not in any list! The painfully hackneyed word ‘Legend’ is made for talents like Rahman, and he sure earned the title at quite a young age. The Roja songs still remain his best work.

It is hard to imagine this song in some other voice than Sonu Nigam’s. His resonant and deep-felt voice, combined with the masterful modulations, rhyme a mood that refuses to depart.

Melodies like these may become outdated with time, but that melancholy remains timeless.

8 QUALITIES EVERY ASPIRING SINGER SHOULD HAVE