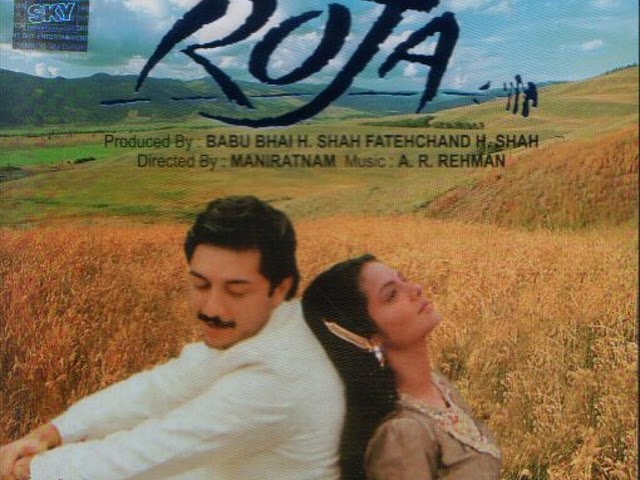 The best Hindi songs and albums of the 90s fill us up with nostalgia and wonderful memories of audio cassettes that could be repaired with a pencil.

Sigh, that was the age of Kumar Sanu, Udit Narayan, Alka Yagnik, Abhijeet, Kavita Krishnamurthy and Sonu Nigam and whole lot of other sensations.

Haven’t we all grown up surrendering ourselves to the pathos of Saanso ki zaroorat hai and dancing to the tunes of Dil To Pagal Hai!

The pop generation might find them cringe-worthy, but fact remains that 90s was the last decade which kept the desi­ legacy alive. If you agree and also happen to be a writer, do note you are invited on this lifestyle blog to write for us.

Though, each song of these albums gave us ever lasting jolts of pleasure, the article would touch about 2-3 songs from each album.

The best work by AR Rahman was etched in every song of this romantic film. Each song in the album had those gentle cadences of the springs that stay with you. Forever.

What a blast off to the decade. Bhatt movies have seldom disappointed music lovers, but Aashiqui was an album that started it all. The combo of Nadeem-Shravan and Kumar Sanu made each song in the album a for the ears. If Saason ki zaroorat hai made a genuine case for romance, Tu meri zindagi was the  plea from a typical 90’s hero to his flame.

Mani Ratnam’s film on the Bombay riots followed close on the heels of Roja, which was based on terrorism in Kashmir. This time, he paired Manisha Koirala with Arvind Swamy. The legendary filmmaker again trusted the young boy AR Rahman to add a melody to the story and ravaged city of Bombay. The result was a live-wire album with each song having sure rhythms and beats, as expected.

Knockout of the decade. If early 90s belonged to Kumar Sanu, albums like Dil to Pagal Hai perched Udit Narayan right at the top. The most original voice to have made foray in the industry in decades made songs like Bholi Si Surat, Dholna along with the Nightingale of India, Lata Mangeshkar. It still makes me wonder why the film’s music director, Uttam Singh, couldn’t make it to the cream.

Jatin Lalit were the kings of 90s among music composers, no two ways about that. Though it was more than just shaadi wala gaana, but Mehandi laga ke rakhna sure gave baraatis a song to dance to. Tujhe Dekha to yeh Jaana Sanam was melody personified. Aaja ghar pardesi took you closer to the meadows of Punjab while Mere khwabon mein perched you right into the dreams of a teenage queen.

A war movie making to the list of best music albums tells you something about its music director, Anu Malik. Though album’s best song was arguably Sandese Aate Hai, but melodies like Ae Jaate Hue Lamhon and Hamein Tumse Mohabbat Ho Gayi Hai swooned you into a lyrical saga of love. A star was born in the shape of Sonu Nigam, though he got his due much later.

If there ever has been a music album wherein each and every song just fits the story, regardless of whether it’s taking the story forward or not, but it becomes part of the dialogue, it’s got to be Anu Malik’s Phir Teri Kahani Yaad Aayee.

It was a tough movie to watch back in the day. Emotionally complex and filed with melancholy, this still stands as one of the finest Mahesh Bhatt films of all time. Shout out to Rahul Roy and Pooja Bhatt adding to the authenticity with their deeply haunting performances

You couldn’t have expected anything less when you had Anand Bakshi and AR Rahman collaborating. The music of Taal was in a league of its own, fully complimenting the movie’s theme, visuals, choreography, cinematography, and chemistry between Akshaye Khanna and Aishwarya Rai. The songs in Taal take time getting used to. Only after a while you realize you have been fully worked over.

Ah, what a breezy album by the ever so great duo of Jatin-Lalit. And Sonu Nigam’s collaboration with them weaves even more magic into the songs.

2000 was Anu Malik’s year. Though, if you ask me, the whole decade should be his, considering the quality of albums he churned out. But he got competition, that’s a story for another day. Fiza is one of the best albums of the last 20 years, and AR Rahman had his own contribution to the album.

Fiza is also known for a yet another breakout song for Sonu Nigam. For some unfathomable reason, Mr. Nigam was still struggling in 2000. But the title song for Fiza – unarguably a tough song to sing – again put him on the map. It would exactly be one and a half year later with Karan Johar’s Kabhi Khushi Kabhie Gham that Sonu Nigam would truly arrive

‘Opportunist’ Sonu Nigam Has Been Fighting the Fight Since His Peak