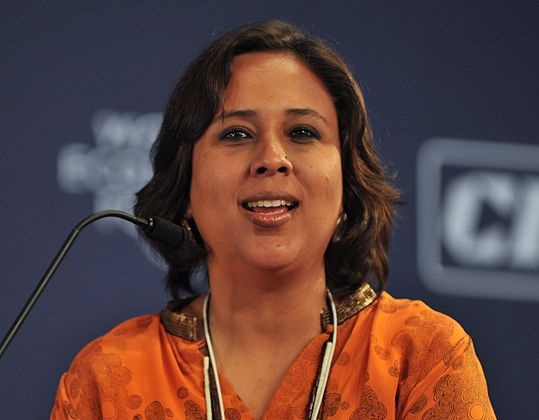 When a prominent public figure comes out with a statement (or a video, in this case) that ticks all the boxes — political-ignorance, fact-deprivation, plain sexism, gender stereotyping, personal biases —  and is still perceived as prominent, it can only fuel your cynicism of the world.

Even by the Barkha Dutt standards, this video is a new low. Picking the contents apart one by one doesn’t need a lot of research, just a lot of words though. For example, I can point you to the anecdotes and videos where Modi can be heard praising opposition and magnanimously saying that “In a democracy, there are no enemies but only competitors. The competition ends with elections.”

Now if you find Rahul Gandhi’s speech the other day eerily similar to Modi’s from 5 years ago, I’d call that good observation. In the world of journalism, or writing in general, we call that plagarism. But then, you and me are not nearly as evolved as the sole proprietor of truth and integrity, Barkha Dutt.

Ms. Dutt not only conveniently forgets, ignores, and manipulates the truth  and presents herself as an extremely biased journalist, she also does something that she hasn’t been accused of before (though, she is a serial offender). Barkha Dutt let’s her sexism shine. “BJP lost due to overdone masculinity and Rahul Gandhi won because of the softness that you associate with women” Yeah, that’s what she said and you don’t have to take my word for it. Here’s is the video.

In case you are wondering what’s sexist about it and whether I am just another troll, let me put forth a small hypothesis to explain why this is sexist.

Let’s say Rahul Gandhi had lost the election, and a Giriraj Singh from the Right wing had this to say: “Rahul Gandhi couldn’t win because he fought like a woman (with feminine softness) and lost to the rival who fought like a man!”

I shudder to imagine how all of us would have taken him apart for even thinking that way. Ms. Dutt just took an age-old sexist slur “Auroton ki tarah kyu lad raha hai, haath mein chudiyan pehni hai kya” and turned it on itself. The new word for that little twisting is reverse-sexism.

But would Barkha Dutt be subjected to the same kind of smearing as a Giriraj would? Interested to hear your views.