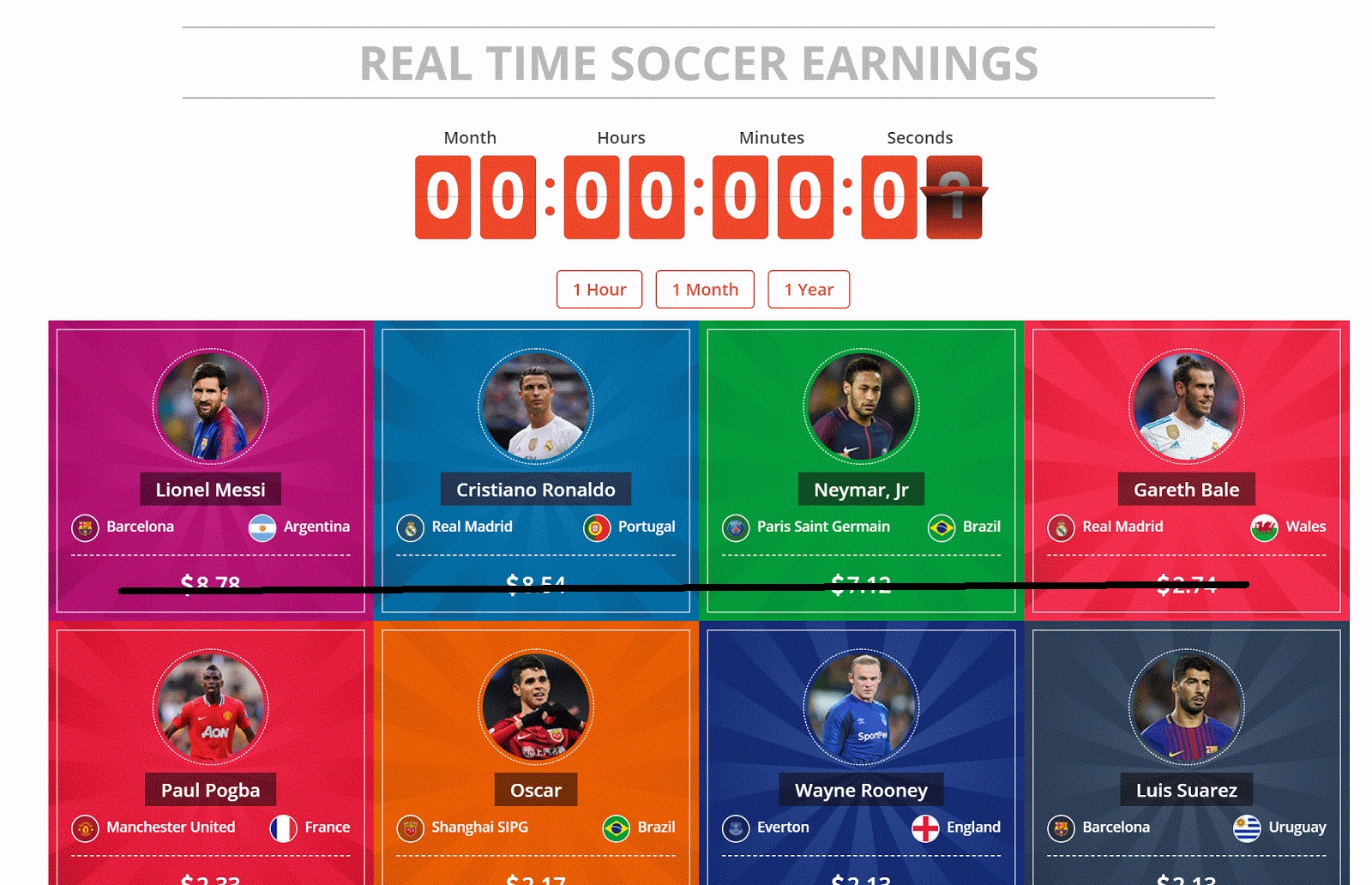 Sit down on your pew, these figures are going to leave you in either shock or in awe.

Soccer is the most popular sport in the world, with an estimated 4 billion fans, which is more than half the world’s population. This amount of eyes on the sport means a lot of revenue, which has resulted in soccer stars becoming some of the wealthiest athletes of the 21st century.

Considering that only a few hundred players make it to the highest level of soccer, the massive amounts of money they are paid become clearer, with supply and demand resulting in some truly astronomical wages.

Simply put, the best players are in short supply, leading more clubs to fight it out for their services, so the amount of money paid to soccer stars today only continues to grow. Let’s check out just how much money they make.

Lionel Messi ($111 million) and Christiano Ronaldo ($108 million) have the distinction of being the 1st and 2nd highest paid soccer players in the world respectively, according to research from betting-sites.uk.com, both earn over $100 in salaries and endorsements.

No other plays have ever broken the $100 million threshold, which makes sense considering the two are widely viewed as the two greatest players of their time. Messi earns a little more than Ronaldo but is a few years younger, but the fact that both players are earning these wages into their 30s is a testament to their lasting quality.

Endorsements a Worth a Lot

While most of the highest earning players make their money from their club salary, you’d be shocked at the value of some endorsements. For example, Christiano Ronaldo earns almost half of his annual income through endorsement deals, which are worth a staggering $47 million, a good chunk more than Messi’s $27 million from endorsements.

Thousands of Pounds Per Hour

To highlight the sheer volume of money that soccer players earn, if you break down the top 20 earners into hourly wages, it works out at thousands of pounds per hour – or more in some cases.

For example, Messi, Ronaldo, and Neymar are the three highest paid soccer players, with each one earning more than $10,000 per hour! Even those further down the list earn a staggering hourly wage, with an average of $2,500 per hour among the top 17 earners.

Kylian Mbappé has only just turned 20 but was earning millions as a teenager after his move to PSG in 2017. Earning $22 million is certainly no slouch for a teenager, nor is scoring in a World Cup Final, which Mbappé accomplished in 2018, showcasing why the young striker is so highly valued.

China and Europe Pay the Most

European leagues are the highest level of soccer in the world, with the wealthiest teams in soccer mostly based in Europe. This means that almost every top paid footballer plays for a European club where the highest wages are paid – although there is a notable exception.

Chinese football received a notable boost in investment in recent years, leading many soccer stars to head overseas for a massive pay rise. Brazilian playmaker Oscar made a shock move to China from Chelsea in 2017 after signing a contract worth an incredible $27 million annually.

Italian striker Graziano Pelle also made the move to China for an estimated $22 million salary, a sharp increase on his wages at Southampton, while Brazilian forward Hulk made a similar move for a reported $21 million per year.

Spread the love
1
Tags: Here is How Much Money The Soccer Stars of Today Make, how much do soccer players earn, soccer player earnings