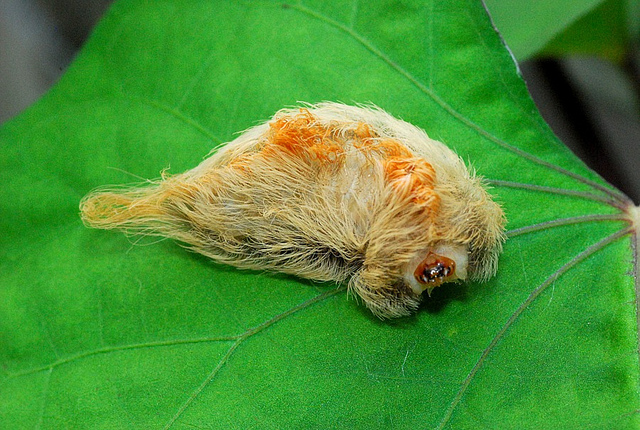 You might find them eerie or you might take them to be fascinating, but one thing is for sure – they are a wonder. No, I am not talking about the gigantic whales or the prickly little porcupines. Those I find a bit over-hyped. For me if something fails to give goosebumps, it does not qualify to my “bowled over” fact list. After a long and hard animal hunting spree, here is my list: Fire Urchin is a perilous little critter. An encounter with the Fire Urchin has a deathly undercurrent writ all over it. Vibrantly coloured, the external spines of this creature is noxiously poisonous, which is what makes it lethal despite having a smaller jaw. Owing to their fragile bones, Fire Urchins are flexible and the bumps on their spine give an appearance of beads. And not necessarily they need to bite you; just step on one and it shall discharge a venomous substance that can kill you or, in the best case scenario, paralyze  you. A neotropical longhorn beetle, it also goes by the name of Titanus giganteus. This perpetrator is world’s biggest beetle and spells trouble by the virtue of its massive gnawing jaws and prickly spines. The fact that it can fly ever so unpredictability at you, hiss like a snake and tear into your flesh makes it apt for its title. With a gunmetal slickness to its body, it can be as long as seven inches and its bite will leave its victim limping and sputtering all over the place. One can’t be blamed for being bedazzled after looking at this beguiling creature caked with setae (stiff but fine-looking bristles). The spines of this catterpillar are fur-like and its venomous spines give it a title of rattlesnake of its breed. You can have an encounter with Southern Flannel Moth while you are picking a pear out of your pear tree and the next thing you know, doctors at a local hospital are scrambling to save your life – only if you manage to reach hospital. The fur-like spine drips toxins and the moth’s bite punctures venom in your body. The moth occupies the zone where fatality and nightmarish magnificence collide. You got to see it to believe that something so baneful exists. Unlike its peers mentioned above, Giant Tasmanian Crayfish by no stretches of ocular imagination appears pretty. It is a monster, before the first word is spoken. An encounter with this crayfish would be an encounter with fate. With a length that can extend up to 30 inches and claws that can puncture your bones with barbaric ferocity, this crayfish is the largest known invertebrate inhabiting the freshwaters. This cauterizing species can weight more than 6 kg. It is a designated annihilator. Inside out. The encounter can leave you irreparably traumatized.

Howsoever dangerous these creatures might be, their visual pulchritude make you root for them for the fact that they are facing extinction. That, when you know that a sting can leave you black and blue!