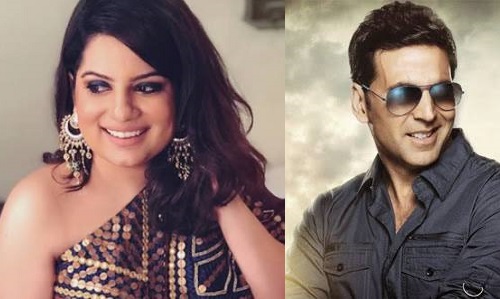 Just like everybody else on the planet, I run off to YouTube as soon as my Netflix subscription runs out and there is nothing else to do. And Mallika Dua is quite a celebrity in that ever-growing world.

Most of the videos featuring Dua are entertaining as hell, making you marvel at her talent.

At the same time, if I view those videos from the same lens as Mallika Dua and EIC fans view Kapil Sharma or the current-favorite The Great Indian Laughter Challenge, I can’t help but lament the fact that men in her videos are stereotyped and portrayed in a bad light at almost all times, maligned and defamed relentlessly. How’s that?

Glad, you asked. Just take a ball park guess – How many men has Mallika Dua’s characters in her Youtube videos accused of having sex with their sisters? About as many as have appeared on her videos.

If you’re still struggling to recall, have you ever heard Dua using Behench** when she’s annoyed or angry? Yup, there you go. Sister banger – that’s what that means, right? I don’t care if it’s fiction, so is The Kapil Sharma Show, or a Judwa 2 or anything that comes out of the Bhandarkar/Sajid Khan factory.

None of them contain abuses that are derogatory to women. And yet, Mallika Dua, for all her feminist sensibilities, fills her videos with expletives that are made in the name of women.

Oh, so “behench**” is just a form of expression, now is it? Dua’s fictional character or us in real life utter the word whenever we feel like, to express our anger, surprise or even happiness. There are no sexual connotations to it, mostly. For us Indians, it’s a way of life.

That said, while Behench** is a way of life, when Akshay Kumar utters the words “bajaata hun,” it has sexual and sexist connotations written all over it? His banter is not a joke but an insult that has a huge gender-context to it?

All hell must break loose because he is an entitled and privileged Bollywood star, and we know it for a fact that he meant it in a sexual way. We felt the tingling in his hormones while he was mouthing those words and leering at Vinod Dua’s daughter and famous comedian herself, Mallika Dua.

So the next time you say, “Chalo aaj Rahul ki sab milke lete hai/bajaate hai?” you’ll be instigating gangrape; even with all of you being men and none of you being gay.

Or, if one of these days your pal at work says “Tune mera mobile data khatam kar diya, teri bajaata hun main abhi,” you better run off to your HR and lodge a sexual harassment complaint. But, call them Behench** freely.

**Hypocrisy just got a shot of steroids**

By evoking #MeToo, You are sabotaging the campaign

MeToo started as a controversy and thankfully has turned into a much-neded campaign – flooding Internet with tweets, blogs, anecdotes that seemingly aim to bring to spotlight how women in our country constantly face abuse and molestation, with Mallika Dua herself writing a powerful post . But what beats the purpose is the context in which it’s being done.

A joke is denounced as a sexual slur, and Akshay Kumar is the new poster-man of crimes against women. People are going as far as sharing videos of him fooling around with his male friends just to prove their point.

What does all of it do? It pushes away the people who are otherwise empathetic to the cause. #MeToo was a much needed jolt to the society. But its biggest strength lied in the fact that it gave women, who were too embarrassed and afraid to raise their voice, the courage to speak up. W

hen, as a woman, you look around and see other women taking openly about their harrowing experiences, you feel a sense of empowerment. The next time you become a subject of wandering hands, the courage gained through social media spills over to real life, and instead of seething silently and putting up with the wandering hands, you stand up to your molester.

But when scholars and artists of the likes of Mallika Dua bring this campaign up just to serve personal agendas, that destroys its sanctity. Feminism should be about gender equality, do not turn it into your personal ego-boost toy. Do not destroy it.

Question to Mallika Dua: How are you entitled to take a moral stand on sexism when you are only going so far as to encouraging it by generously using the swear words that are actually constructed out of the names of the private parts of women?

Of course, every time you drop a ‘behen ki gaali’, the hits increase by a 1000. So, fuck the rest and let’s be a feminist when it monetarily pays to be one.