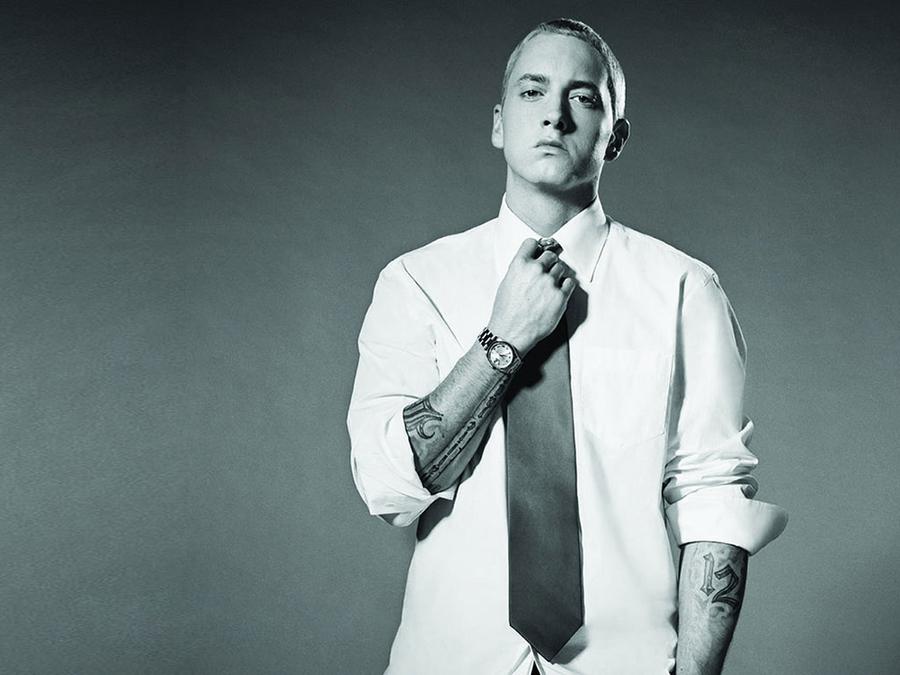 ‘You’d say anyone can write flubbed lines and spin them around like a rap. That’s exactly where you falter. EMINEM is one of those luxuries crafted for those who can buff life the wrong way and manage to get it right’, writes Shivangi.

If it was an EMINEM rap, you bet it would have been up for grabs
But this ain’t no song from a lad spinning songs that ain’t fad
I have no different to offer , and nothing nonetheless proper
Had I been a salaried chauffeur..Buh!! leave it I ll stick to the coffer

So lets leave it for ALL ..ya all the happy people..with real good lives
AND I ll get back to my shell..

The walls are building back up…the fight is getting all rough..
Its the same old BIG BLACK bluff ..and the same old sob stuff…
So I guess I’ve had enough..of a life that’s in the buff!!

EMINEM is to hip-hop what Sidney Sheldon is to writing – except for the fact that EMINEM has a way different style of articulating. So while the former has often been despised for his rouge attitude and unparalleled straightforwardness, the latter has been lucky to have time and opportunity to rest on laurels.

Strangely enough – the subjects that both talk about, seldom hold opposing views. It is then indeed a question of Freedom of Speech. Why can something that is being written about freely and sold in an umpteen number of copies be presented to the world-wide audience in the form of something that we recognize since times immemorial as music?

With the largest fanfare on Facebook, the Real Slim Shady has successfully spanned the 8 miles is going strong. Only a true superstar can handle success like an underdog – and that’s what the king of hip-hop pulls of amazingly. You’d say anyone can write flubbed lines and spin them around like a rap. That’s exactly where you falter. Prejudices often make you miss out on some of the most exquisite things in life – EMINEM is one of those luxuries crafted for those who can give buff life the wrong way and manage to get it right.

You know that you are Stan when you don’t put up EMINEM posters on your wall because that won’t suffice – you need a real piece of the space bound rocket who , for a change, can make what goes around come around. A lot is known about EMINEM on stage, while a lot less about EMINEM the off stage. Those who know the little piece of Mathers are awe-inspired, beyond doubt.

Marshall Bruce Mathers III, a brilliant rapper who has been setting the stage ablaze with his performances every since he was in the 9th grade, has been in the public eye since late 1990s. Plenty of tittle-tattle and hullabaloo keeps surrounding everything he says – in a way, keeping his superstar status alive and kicking.

They say that Mathers was healed by wounds. They also say that poets are born out of isolation. Fair enough, that a thorny childhood bred a brilliantly crazy rapper whose ultra bold lyrics wobbled the world in a certain insurrection. A turbulent and tumultuous personal life, which often made Mathers feel suicidal was a tipping point for the celebrity and his fan following. His is a typical rags to riches story; however, we love it more for the attitude that it carries. When he started, he may have seemed like a nasty rapper to the masses. Slowly the world world got into the EMINEM groove – and till date is smitten by his bad boy image.

No EMINEM fan would have not tried to rap like the king, and would have undoubtedly failed miserably. As just another member of EMINEM fan club, I wrote the king a rapper’s tribute. Confession time – yes, I tried sending it across too.

How To Ensure Success As a Working Musician