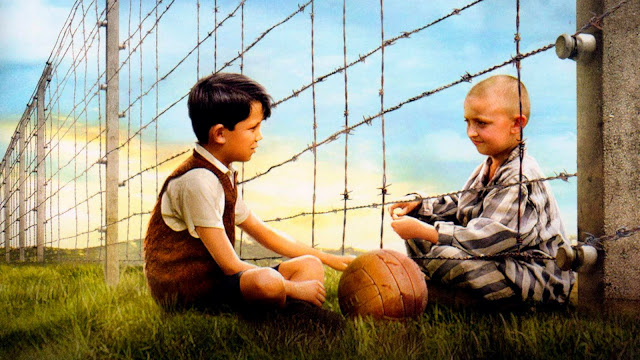 Reel world is spell-binding. It captures a well-timed shot and wraps the audio-visual in a gambit that’s capable of rendering every imagination breathless. And even when the effort is not as immaculate as expected, the metaphorical expressions that an actor brings into the incognito is the ground that breeds blockbusters.

The work of a director is his either his voice or his void. So you’d wither be watching a Django of Freedom, a void inspired saga of victory …or a Dirty Picture, a voice of gutsy lusty contemporary women. It’s a blessing in disguise that those who create the gambits leave loop-holes for the critics to keep spinning cockpits of imaginations. That way there always remains a scope for interpretation. If you were to judge a movie by its directorial point of view what would be your pick? My list is ready, temme how you like it.

The Boy in Striped Pyjamas

With TBSP, the Holocaust genre got its share of cute. Ok, so that may not have been a very on-the-surface description of perhaps the worst period in history. Circumnavigating around the life of an innocent soul for whom Jews don’t qualify as humans (at least that’s what he’s taught) , this one is undoubtedly one of the cinematic delights, which surprisingly was trashed by critics! The fab thing is that somehow effigies spun around Nazi’s and businesses do seem to grab eyeballs.

As they say, all great movies are conceived from a well written book, Shutter Island too is a genius’s brain soaked in imagination that ran miles while reading Dennis Lehane. Cawley and Sheehan maintain a sympathetic rhythm that Scorsese easily leads them into by his directorial supremacy. A parody of the genre that reigned in 1940s in Hollywood, Shutter Island is a some fresh oxygen for the senses.

Once again, a book running on the big screen! And that too in 3D J Personally, if I were to categorize Life of Pi between void or voice works of a director, I’d say that Life of Pi is definitely Lee’s voice on the parda. He wanted to voice against the popular perception that the story is impossible to be portrayed on reel. He made it! The beautifully captivating and absorbing moments when you subtly loose consciousness and entirely submerged in the onscreen castles in the sky – He made all that AND the tiger.

(Uh, ok, this wasn’t recent! So you can sue me for that) The Color Purple was first written and then filmed. A movie splashed with true African-American struggle, it’s a stormy experience for anyone who wishes to experience goose bumps rising on the inside of your skin. Yes, that’s how much it impacts. It almost pinches you to your soul.

With so much of cinema spinning around, let me admit, Iron Man 3 is the one and only from the series that I’ve watched. I’d never been crazy about The Avenger stuff. It was purely for the directorial praise that I plunged; and now I know I plunged for my own good. From the dialogues to the drama to the fight scenes to the comedy to the romance – everything was so well timed that you actually begin to believe yourself as a part of the fantasy. Needless to say, Iron Man 3 is wreckage free.

Crafting cinematic pursuits requires 3c’s – complete commitment, craziness, and creativity. Along with those 3C’s it needs a big F…for fantasies. Without a void or a voice that is daring enough to become a fantasy that can be reeled on to films it’s really difficult to imagine offbeat directorial works.

You are Not Gonna Believe This – Johnny Depp Astonishingly Transforms…