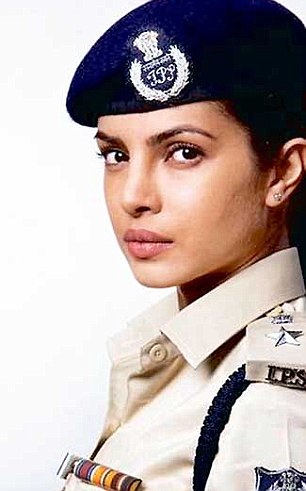 In the earlier installment, we saw Ajay Devgan bashing the goons and single-handedly demolishing the fiefdom of political mafia in ‘Gangajal’. But this time round, it’s women-power which has taken over the fascination of ace filmmaker Prakash Jha who is all set to ingeminate the success of Gangajal, which received rave response at BO as well as from the critics’ lobby. And to accomplish the same, Jha has roped in none other than our very own onscreen Mary Kom, aka Priyanka, to play the character of a no-nonsense cop, Abha Mathur. The first look of PC’s character was released recently on the social media showcasing this awesome babe in a totally de-glam cop avatar.

Reports pertaining to plot of ‘Gangajal 2’ say that it is about today’s society-police relationship and has all the bizarre things happening around us in it. Reportedly the film is a concentrated story with a low budget and lesser number of characters.

Now after witnessing some of the recent debacles which Jha faced with ‘Satyagraha’, ‘Chakrvyuh’ and ‘Aarakshan’ it will be interesting to see if this ace cinematician succeeds striking back with this Priyanka and Rahul Bhatt starrer cop saga or not.