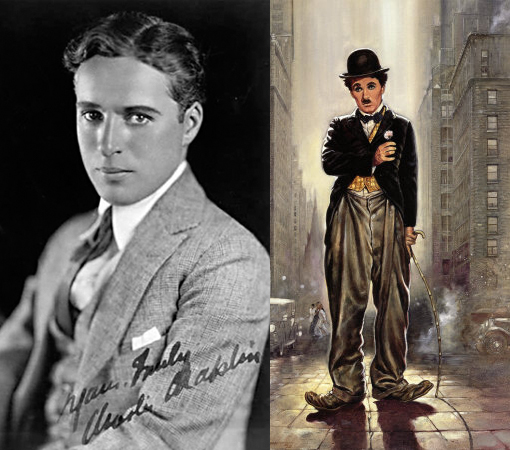 What’s your first impression of Chaplin? Do you see the tiny tramp overpowering his reality? Can you feel the motley of emotions on display? Well, if you do, welcome to the club! The industry had little to showcase before the “showman” elevated it to incredible heights.

No one but Chaplin had imaged that a bowler hat and a toothbrush mustache could be a star’s ingredients to success. No one but Chaplin used tragedy as the spring of comedy. No one but he used pretence to explicate reality. Without a doubt, our fondest memories of Chaplin are that of the “Modern Times”, “City Lights”, “Gold Rush” and “The Kid”. His tales of privation have been inspired by the most unlikely strokes of fate.

His uncanny ability to shed the burden of deprivation to done the mask of rousing lightness has nudged many to know him the wrong way round. A stark comparison between him and Hitler has often been drawn. There is not much difference, if we go by Chaplin’s word, between him and Hitler. Their intensities are hypnotizing. In a way Chaplin was the Superman of real life. “I (was) newsvendor, printer, toymaker, doctor’s boy, etc., but during these occupational digressions, I never lost sight of my ultimate aim to become an actor. So, between jobs I would polish my shoes, brush my clothes, put on a clean collar and make periodic calls at a theatrical agency.” Not that it is best quote; however, it is so near to the real Chaplin.

Of all that Chaplin has given the world to remember him as, I take him to be a thought-leader. The image may be too fancy for his tramp-like persona; nonetheless, his larger then life image will never fit in a single definition. When stage did happen to him his life was on all time low. But Chaplin was one of those people who knew how to turn the graph around. The world only saw him at an all time high.

For generations, a skinny Chaplin in black and white has held that “a day without laughter is a day wasted”. His every statement was precious. The poet had a different view of them though. As per him “Words are cheap. The biggest thing you can say is elephant”. How little we know of the man who lived a million lives in one! How much he knew! He saw things differently. When he described his vagabond avatar, the world got one more though to contemplate

“I thought I would dress in baggy pants, big shoes, a cane and a derby hat. Everything a contradiction: the pants baggy, the coat tight, the hat small and the shoes large.” But then wouldn’t life at once crumple if it were to be freed of the contradictions?

Rambling With and Through an Einstein-ian Brain