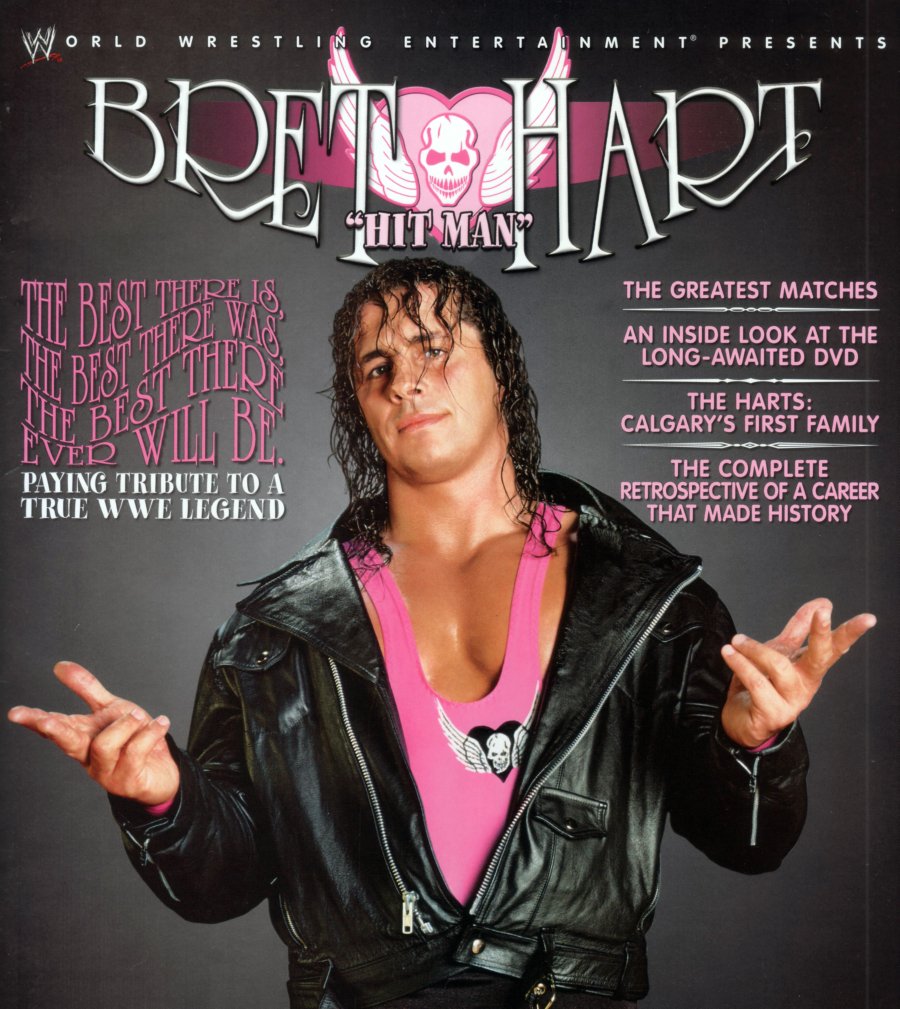 All discussions on Bret Hart must begin and end with guts (his unsurpassed technical prowess follows suit). A gut-champ down to his boots, Bret Hart had a gunmetal slickness to his wrestling, writes Rohit Raina

Let’s just say it without masking – WWE as we know it, is all about theatrics and scripts. But does that make all the athletes who put their bodies on line any less mortal? Definitely not. And when it comes to a certain Bret ‘The Hitman’ Hart, there is an escalated application.

If you talk of debonair authenticity, few could match Bret Hart. His matches may have been as scripted as everybody else’s, but there was an air of gospel truthfulness about them that made them soar. Bret Hart gave us a character- The Hitman – who derives his prowess from a realization that he always stays 10 steps ahead of even his fastest peers. And boy, those sunglasses!

All discussions on Bret Hart must begin and end with guts. He was a gut-champ down to his boots – before and since retirement. With a gunmetal slickness to his wrestling, the man was crazily entertaining and idealistically serious in equal measures. However, as opposed to the grand tableaux of an average wrestler – who brings to the table all brawn and brute – Bret Hart connected with his fans on a more grounded level.

Having said that, there was an overwhelming extravagance to his aura and to his lyrical in-ring skills; which in itself serve as a book of wrestling that beholds countless chapters. The fans of Bret Hart had an unabashed affection for their hero and watching him on pay-per view was nothing short of a wrestling escapism. Here was a guy who not only pinned his nemesis to submission in the ring, but also impressed his staunch detractors who watched him display craftsmanship of the highest degree.

I won’t be discussing ‘Montreal Screwjob’ here, as it has been extensively written about already. Further, this isn’t an article for passionately discussing Bret Hart’s best matches, but you can’t leave them completely out of discussion.

Three nights stand out for me:

Bret Hart had 3 amazing little matches, each poles apart from each other in regard to how they were fought, but Bret Hart’s was a monstrous effort. After getting injured in his first two matches, Bret continued taking a real beating, but didn’t stop. He won’t quit, he doesn’t know how to quit. And few hours later, he was the first ever King of The Ring of WWF. That’s Bret Hart for you.

Labeled as the greatest Wrestlemania match ever, Bret Hart vs. Steve Austin contest was a huge departure from more contrived matches played in WWE. Whilst the battle was brutal, it did create an emotional suction drawing you to ask the ‘What happens next’ question. The match gave their stamina a rough pounding, and so it did to ours. Bret Hart and Steve Austin were so good that they stopped being ‘actors’ and became hardened nemesis out there to annihilate each other. Upside down. Inside out.

Bret Hart Vs The Undertaker (One Night Only 1997)

Man from the dark was made to limp, splutter and struggle, and so was our Hitman. The match didn’t really have much hype going into it, but what was produced was a showmanship of the nihilistic valour. They matched each other step to step, dime to dime in a match where fortunes swung faster than a pendulum. The moment of the match was obviously when Bret Hart pulled Undertaker over the rope and smashed him on the mat in the ring, as Undertaker was doing his thing!

Bret Hart Vs. British Bulldog (In Your House)

Bret Hart Vs Own Hart… and lots more.

Most fights of Bret Hart had those gallant cadences of the South. As anybody who has seen his matches says, Bret had the ability to make even an average wrestler look like a 5-star athlete.

And then there was stroke. Though he had already quit wrestling 3 years before the stroke, the cause for his paralysis could be owed to the last match he played in WCW. He was hit by Goldberg on the head due to which he suffered concussions. The stroke, as it would do to any man under the sun, had devastated Bret. But for the fighter as we know him, he came back from the tragedy within one year and he came back strong.

All posts by Rohit Raina