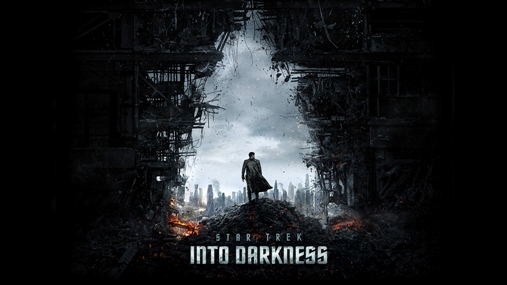 A mix of quality and corny cinema, 2013 is weaving its closure. We thought, we will do a roundup of the movies that created maximum buzz in the global market.

Here are the most popular movies of 2013, most of which unexpectedly got critics’ votes as well:

Brad Pitt’s foray into the zombie world was welcomed with open arms, by critics and audiences alike. Despite not so positive reviews from people who have read the book, the zombie apocalypse flick had more or less good word spread about it.

Critics weren’t all that kind to the latest addition to the Iron Man franchise. While it did good to further raise the popularity scales of Robert Downey Jr., the fans were particularly disappointed with the role of Guy Pearce. Considering his range and his penchant for negative roles, it certainly was a huge opportunity missed.

J.J. Abrams has indeed given the franchise a new lease of life. The fact that Star Trek Into Darkness will get a humongous opening was never doubted, but this time round, critics didn’t shy from writing mostly good things about the celebrated franchise’s latest offering.

Much was said and written about the latest Superman flick before its release. One of the biggest reasons for the hype was Christopher Nolan’s name among the producers. Though the film didn’t deliver a great deal cinematically, Henry Cavill has been liked by all and sundry as the new Superman. Meanwhile, Zack Snyder will also be directing the sequel, Batman vs. Superman. And who’s the batman? Ah, well..the question should rather be, Is ‘he’ The Man for the job

Now You See Me

This yet another con movie created an unprecedented buzz, thanks to the cleverly crafted trailers. As things fell in place, it got a massive opening and was liked by teens who found the movie laced with sleek, entertaining, and quick-witted fun. Critics bashed it for its “lack of depth, substance and genuine intellect”.  Box office results apparently favor the former.

The exhilarating franchise hit top gear with Fast and Furious 6. The latest installment in the franchise received relatively positive reviews and inclusion of Dwayne Johnson to the star cast further helped its Box Office numbers. The movie will also be remembered for the last time Late Paul Walker, who featured in all 6 films, was part of the franchise.

Sci-fi is a genre which finds audience at ever corner of the world, and Elysium (set in the year 2154) took the state-of-the-art technographics to a whole new level. With Matt Damon helming the lead role, there was no reason why it shouldn’t have got the bam-burner of an opening.

Jennifer Lawrence’s stock had already risen thanks to her Oscar winning performance in Silver Linings Playbook. And the smashing success of the first part of the series ensured a record-breaking opening. The movie also went on to receive a lot of love from the critics while the general audience happily lapped up all the adventure coming their way.

Leonardo DiCaprio Invests a Whopping $10m for a New Home

5 Movies that will Give You Casino Goals