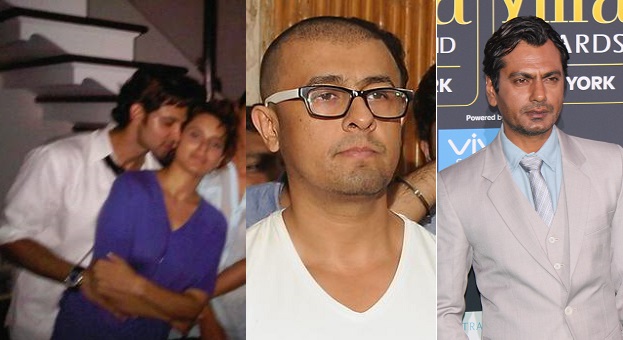 Some controversies feed our cynicism of the world while others are downright annoying. The year 2017 was a hotbed of Bollywood controversies, and they came in all forms and sizes. Whether it was two superstars getting into an ugly legal battle or politics getting mixed with films, there was not a single dull month.

Let’s revisit the hottest controversies in Bollywood that shook the lives of our favorite stars in 2017-18:

If there is a thing called the trendiest word of the year, that title goes to ‘Nepotism’ for the year 2017. While it is a practise being followed from centuries, everybody just woke up to its ill-effects. Essentially, it is called nepotism if a movie producer investing his own hard-earned 100 Crore into a project decides it would be his own call to cast actors in his project. People like us who have nothing at stake here apparently have huge objections to that.

Back to the controversy, Kangana Ranaut called film-maker Karan Johar a ‘flagbearer of nepotism’ on Koffee With Karan. Karan did not take it sportingly enough, at least after the show aired on TV. Next thing we know, an army of actors, such as Saif Ali Khan, Varun Dhawan, Shahid Kapoor, etc. got embroiled in the controversy.

Sanjay Leela Bhansali is another controversy’s child who with nearly every single movie of his goes on to offend some faction of the Indian society. While much has been written about the controversy and it’s hard to form an opinion whether it was fair of him to portray Padmavat or Khilji in a certain way, what’s certain is we Indians do not know how to raise objection.

So there were death threats issues against the team, movie halls and sets vandalised before Padmavat finally got its release with a changed title. And if that wasn’t enough, Swara Bhaskar, who was up until that point supporting the movie against people who felt it offended Hindu sentiments, was all up against the movie after she realized that the movie actually glorified Hindus, specifically Rajputs, and what set her off that the villains in the movie were Muslim rulers. Of course, in her letter she masked her feelings under the feminism guise, but looks like no one caught her deceiving.

Zaira Wasim’s stint in Bollywood so far has been nothing short of sensational, which is unfortunate considering she’s still just a kid. Of all the things that made noise, the most explosive was the Plane-gate. So Zaira clicked picture of this guy whose feet were dangling above the shoulders of Zaira or even touching them. Zaira claims he was molesting her on purpose, the man in question claims he was fast asleep and while he regrets his poor manners, molestation was never on his mind.

So we got two contradicting versions out of the story. And what did we do with them? Half of us chose to label this 16 year old as a hungry-for-publicity actress, whose second job is to garner attention by playing victim every once in a while. The other half decided to shame the man by publishing name, house address, employment details – all without considering that he actually may have dozed off. We will never know for sure, but can we stop passing judgements and shaming people? Is that too much to ask.

That was a low blow, Nawazuddin! So probably the best actor in Bollywood right now, Nawazuddin Siddiqui, published his autobiography with much fanfare. Where he crossed the line was when he revealed the intimate details of his relationship with his Miss Lovely co-star Niharika Singh without bothering to ask for her consent. The last thing we hear, Nawazuddin had to apologize and pull his memoir out of the market, for good.

Sonu Nigam and the Azaan

Star singer Sonu Nigam invited the wrath of Islamic extremists and the resident liberals after he complained about the “forced religiousness” in India. To refresh your memories, he used to get woken up by the Azaan from a nearby mosque at 5 AM. He got really annoyed and poured feelings on Twitter. Next thing we know, he’s getting death threats in the name of fatwas.

But the best part was India’s Left brigade who labelled the situation as “a failed singer trying to get attention.” Little did they remember that his single with Sachin Tendulkar “Nacho Saare Cricket Waali Beat Pe” was topping the charts right at the moment a certain Shekhar Gupta was tweeting furiously against Nigam.

Sonu Nigam shaved his head and the rest is history.

Rishi Kapoor is a product of his generation in a lot of ways. The soft sexism, the archaic views on various things is one of the takeaways from his Twitter account. But he can also be very brave and bold and say some very right, relevant things that no one else has the balls to talk about in public. Hell, just the other day I was watching his interview with Arnab Goswami where the latter was in his usual mood – breathing fire at Kapoor. Never before have I seen someone handling Arnab as charmingly and effectively as Rishi Kapoor did on that day – never got defensive and yet never lost his cool. Oh shit, I’ve lost track of the topic at hand, here you go:

So Kapoor wanted to cheer up the the Indian women’s cricket team during the World Cup final when he tweeted, along with the famous shirtless picture of former captain Sourav Ganguly, “Waiting for a repeat of Sourav Ganguly’s act on the balcony of The Lords Ground, London, when India beat England 2002 NatWest series final! YO.”

Of course he tried to cover it up by saying he meant for Ganguly to take off his shirt if women’s team won. Yeah, lame.

Wow, is this a hot controversy or what! Instead of repeating everything I have already written in the other article, let me direct you to the Kangana Hrithik controversy details page here.

5 Movies that will Give You Casino Goals