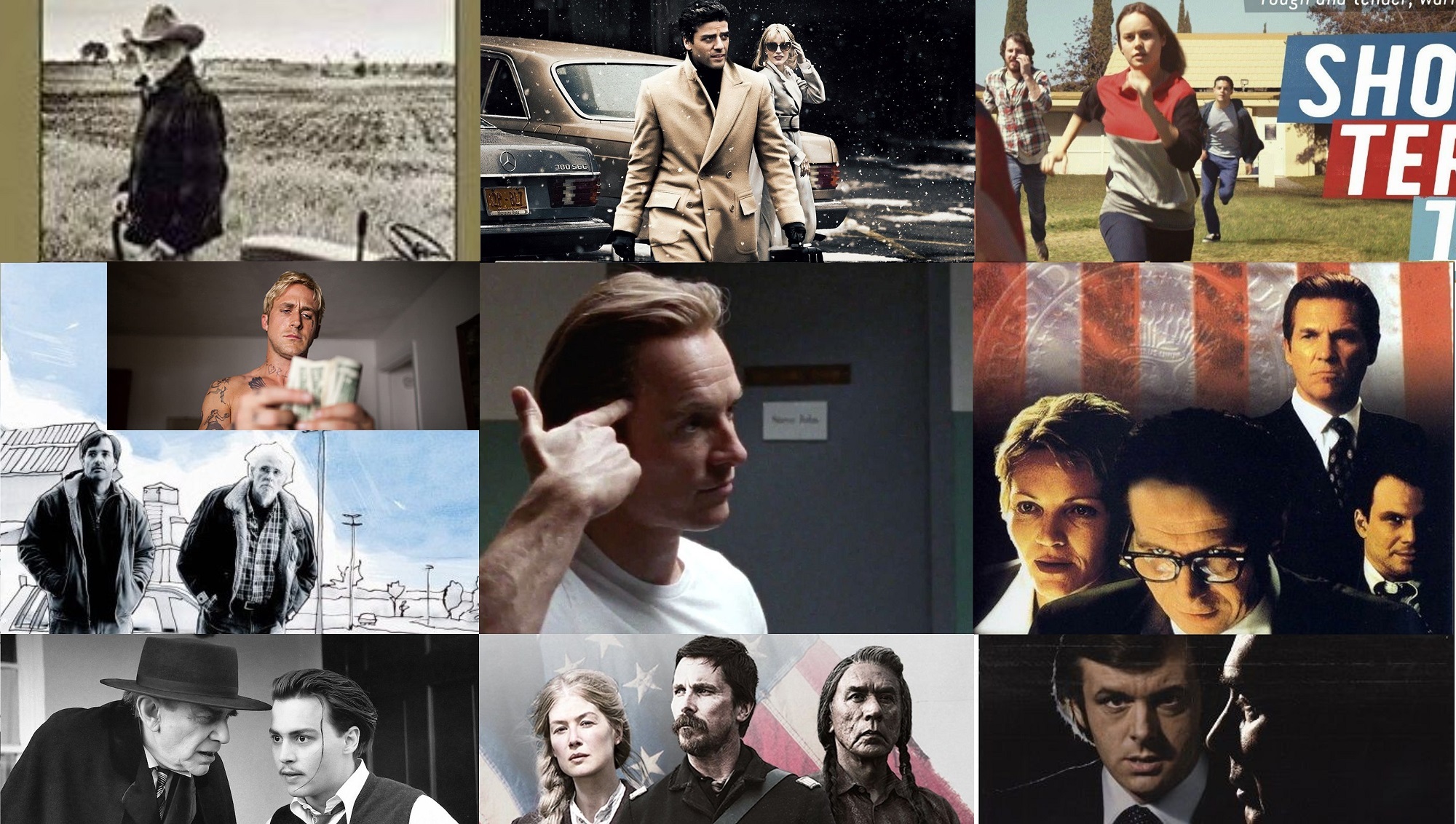 Just so you don’t turn around wincing and cribbing “Oh just another self-important article about rare, artsy films I should have watched”, I’ve made it amply clear through the title that this post is about the films that were made for the consumption and acceptance by a wider audience, starring the biggest of names, and yet end up getting buried in the made-for-film festivals graveyard.

No, Cannes and its sisters don’t make or push careers even close to where box office can take them. For what it’s worth, there are numerous artists that went to Cannes with their first film and from thereon, the films (career) deserted them.

Believe it or not, the very-mainstream cinema gets its share of criminally ignored and less known films every year, regardless of who is starring in them. The COVID-19 situation might have lead to some films getting their due recognition on OTT platforms, since even the people with jobs during the lockdown have ample time for Netflix to grab their attention with a poster headlined by their favorite actor, starring in this film that they never ever heard of before.

The best and rare mainstream movies you missed:

If one has to take out a list of the most dependable actors in Hollywood, Oscar Isaac is going to figure somewhere at the top. A Most Violent Year casts him with another steady actor Jessica Chastain and the results are even more solid than you expected.

J.C. Chandor completes the trio of dependable artists from behind the lens. He spins a tale of a world that’s as real as it gets, where crime, greed, law, and politics happily, but precariously, co-exist. Right from the acting from its two leads to Chandor’s direction to the dark and beautiful cinematography, A Most Violent Year is a first-class ride.

Directed by Derek Cianfrance, The Place Beyond the Pines brings together two fan-favorites in Bradley Cooper and Ryan Gosling, and adds wonderfully effective Eva Mendes to the mix. To add to that, Cianfrance knits a tight film about children wearing the cross for the sins of their fathers through what was a brilliant attempt at bold storytelling.

For reason best known to nobody, The Place Beyond the Pines, even with the stellar cast is talked about as much as it should have.

Akin to a boxing match, Frost/Nixon was exhilarating from start to finish. You might call it a movie just based on an interview, I’d call it a first-rate political thriller that competes with the very best that Hollywood has to offer.

Ron Howard, in the midst of his very messy and mediocre adaptations of Dan Brown books – such as Da Vinci Code, Angels and Demons, and so on – crafted a lean and mean political thriller that keeps you on the edge for the whole of its runtime of over 2 hours.

A road trip movie that is in a league of its own, Nebraska is shot in monochromes but brings to life the deserted streets and small-town dynamics of the old-timer state of Nebraska.

Bruce Dean and Will Forte headline one of the more nuanced and breezy films by Alexander Payne. Nebraska is “one of those rare motion pictures that is unapologetically human and yet provides you with a cognitive quiet.”

Very much aware that the it has its own big, wide niche, Hollywood factory keeps churning out Westerns by the hour. Most of them are about men in the wild west brandishing their guns and killing men and women for no reason, with not a lot of nuance and story thrown in. They even tried getting aliens on board, with Daniel Craig and Harrison Ford leading the troop of humans, but the results were not very compelling.

That’s not nearly the case with the 2017 masterpiece Hostiles.

Directed by Scott Cooper, Hostiles happens to be one of the best and most grounded Westerns you will see. Cooper knows how to get the very best out of his cast, and, so, we see Christian Bale burning his way through our minds and heart. He is as raw as it gets. The honesty and intensity in his performances personifies tragedy and deep trauma that plagues his Capt. Joseph J. Blocker.

Isn’t this just a really sad film that lifts your spirits like nothing else! Short Term 12 sent me through a whirlwind of emotions, and not for a second does it resort to manipulative dialogues, dramatic background score, actors overacting the shit out of emotional scenes – there were no maudlin impulses of a drama.

Much before she was the superhero or the Oscar-winning actor who some of us Marvel at and others turn around winching at – for her feminist theatrics – Brie Larson gave a wonderful performance that was subtle and soul-stirring in equal measures.

Is there anything that Johnny Depp cannot do? Wait, let me think – he played a teenage rage in the 80s with 21 Jump Street and Edward Scissorhands – girls just lost their hearts and minds to him. Then, went on to play a slightly older version of that in Arizona Dream, What’s Eating Gilbert Grape, etc. He then got into the groove of a wise, young man who could stand his own ground in classics like Donnie Brasco. Let’s not even talk about Fear and Loathing in Las Vegas – there are too many layers to uncover.

In Finding Neverland, we saw a gentle side of him, while he had already shown to us another side of him in a universe where he’s just the most bad-ass pirate ever to have walked God’s green earth. To pick the most gentle of words, he was brutal in Sweeney Todd – slicing and dicing throats of unassuming people just so he could help his friend run her restaurant. Then, in Dark Mass, Mr Depp played a gangster that we couldn’t make our minds on whether to hate him or admire his brains and guts.

In the midst of it all, in the first decade of his career, Johnny Depp played a whimsical character. He portrayed a man who is, unofficially or officially, the worst movie director of all time – Ed Wood. For what it’s worth, Tim Burton really hates Johnny Depp, for giving him the most uncomfortable and challenging roles of his career.

Much before making films with feminist overtones and undertones became an opportunity to be exploited for business, The Contender talked about issues that no one was really talking about and gave us something to ponder on – it just didn’t present them as issues.

Every profound message formed an integral part of the narrative as Joan Allen’s Laine Hanson challenged the conscience and tested the moral compass of us the viewer, while Jeff Bridges essentially played us on screen – a more evolved us, I might add.

Or, may be we identified more with Gary Oldman?

I read somewhere that this is the most anti-biopic film ever made and that just about sums up my feelings.

Steve Jobs breaks all the rules of making a biopic. Instead of “bringing to screen the amazing journey of Steve being a mischievous kid to becoming a technology wizard and the biggest name in world of computers”, Danny Boyle humanizes Jobs in the most unique way possible. Aaron Sorkin’s writes up an urgent screenplay that doesn’t leave any room to breathe.

One can only wonder how Danny Boyle’s first choice for the role, Leonardo DiCaprio, would have fared, but I can’t imagine anyone else doing as stellar a job as Michael Fassbender did. He was my guy for the Oscars. DiCaprio was my guy for The Departed and Blood Diamond….and for almost every other movie he has starred in.

Troll me all you want. Call me unintelligent and incapable of making sense of the mind-bending films of the kind that David Lynch has made a career out of, but The Straight Story is my most favorite David Lynch movie by a landslide.

Phrases like ‘immersive characterizations’ aren’t usually associated with this film, but it dives deep into your heart, with an extraordinary grace and insight. On paper, The Straight Story is a road trip movie. In its bare bones, this Richard Fransworth starrer is like a gentle dream that lifts your spirits and chills your bone in equal measures.

Which one are you streaming today?

The extended lockdown may have meant that you’re feeling short of content. Perfect time to scour the OTTs for one of these films, even if just for a revisit.

However, if you have enough on your watchlist to last you a year, defer it by a few days and go back to the good, old joys of watching made-for-70mm-screen films.

Latest posts by Rohit Raina (see all)
Spread the love
Tags: 9 Best but Rare Films From Mainstream Cinema that Flew Under Your Radar, 9 Best But Rare Mainstream Movies that You Should Watch Right Now, The best and rare mainstream movies you missed