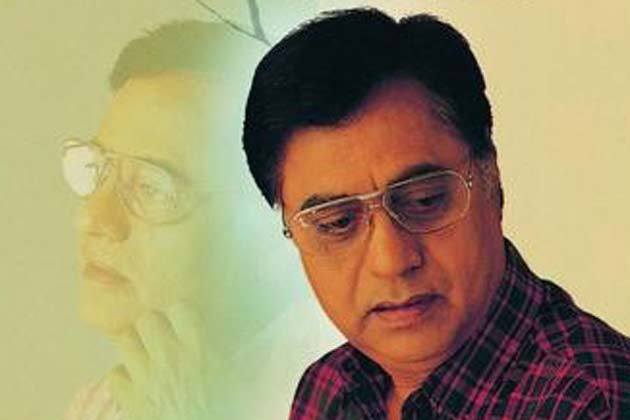 Before you segue on to scanning the list, let’s make it abundantly clear that its only lists down Ghazals sung in movies. So be prepared – it may miss out on some truly stirring compositions (and excuse me for flooding the list with Jagjit Singh!):

Sahir Ludhianvi didn’t write a ghazal. He simple penned down sentiments mass-shared by all. This one is as bitter as it gets, and yet you can’t help listening to it in repeat mode

A hauntingly mesmerizing ghazal that quite convincingly sketches out the pain that runs strong through the veins of every character in the movie. Jagjit singh couldn’t make a wrong move with this one, and he didn’t.

The ghazal is Jagjit Singh-ian and he is in full bloom.

Talat Mahmood swings at us some old world charm in somethig that is only faintly a ghazal, and Raj Kapoor injects a bona fide magnetism to it.

Another ‘beyond cult’ ghazal that continues to leave us spellbound and teasing our heart strings. Not to mention, it resonates!

Picturized on Tabu and Milind Soman, it is also one of those nicely shot song that doesn’t let you off the hook.

Ghalib’s poetry takes you those leisurely loops of romance. Good luck coming out of them.

Rafi was master of all genres, and he makes this ghazal undated and remarkably fresh even after 50 years.

Bhupinder’s vocals and the timeless music sets it apart. The Bazaar album was full of musical gems, but this one held its own.

It’s one of those ghazals that really fit into the storyline, expressing the anguish of the lead character when she loses her sister.

Another soul stirring ghazal from the same album. Jagjit Kaur isn’t a famed name among the average filmmakers, but in the more elite circle, she is a legend in her own right.

This one is set to bring rounak to your face, especially the way it starts off with Naseeruddin Shah uttering the Mirza Ghalib rendition with soul and nonchalance in his voice.

Daddy is one of those movies that has melancholy written all over it. This ghazal sits aptly on it.

Mukesh weaves the kind of magic only he is capable of. Main pal do pal ka shayar hoon is sublime.

Sacrifices of a Pro League of Legends Player