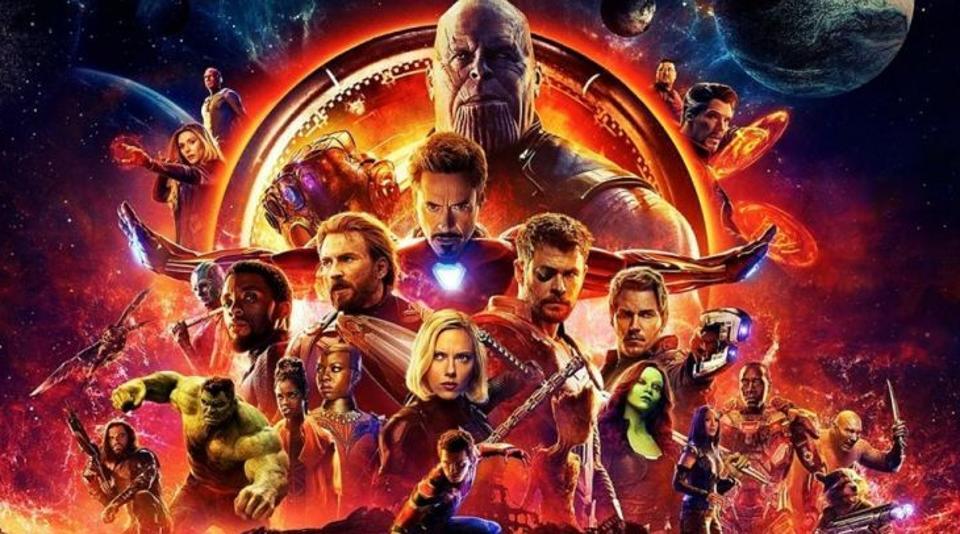 The screening for Marvel’s Avengers: Infinity War was held for members of the Los Angeles media and we have got their reactions courtesy IGN Entertainment for you to get an idea what’s in store. Basically, the movie is epic beyond words. 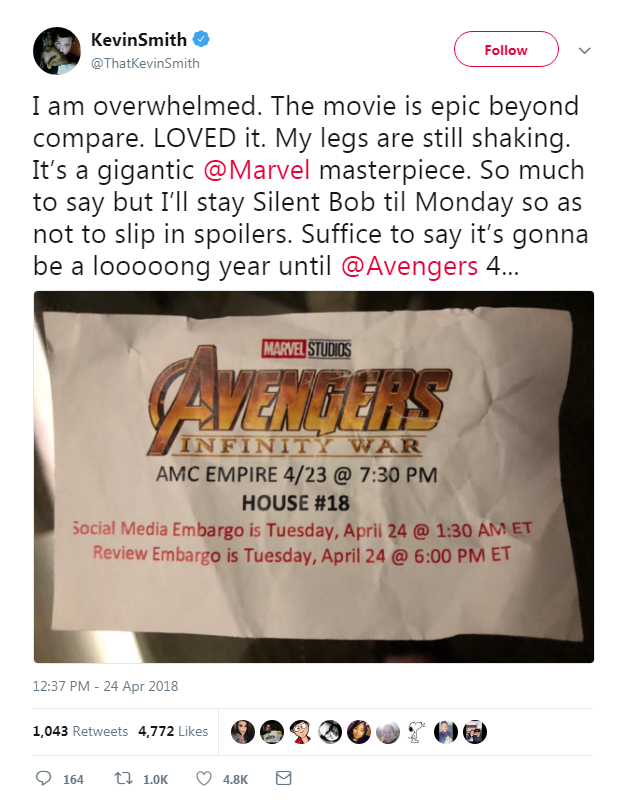 After 10 years of investment in this series & these characters, boy does #AvengersInfinityWar knock you on your ass. Humor, sky high stakes & a truly overwhelming amount of emotion in it. Russos did a great job spreading screen time for the ensemble but my MVPs – The Guardians. 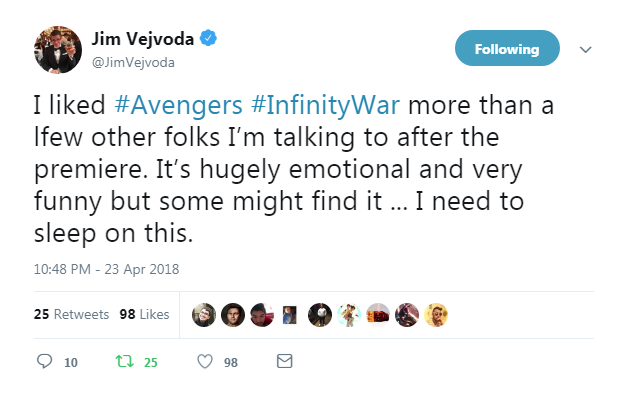 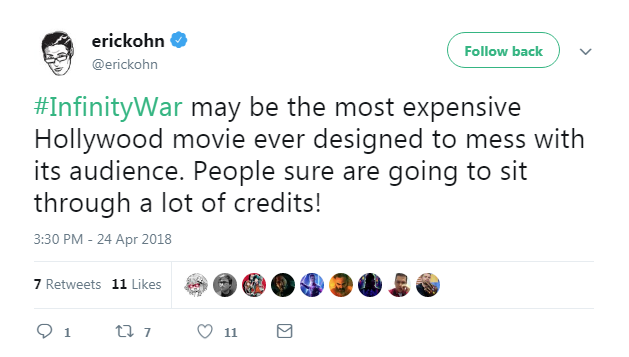 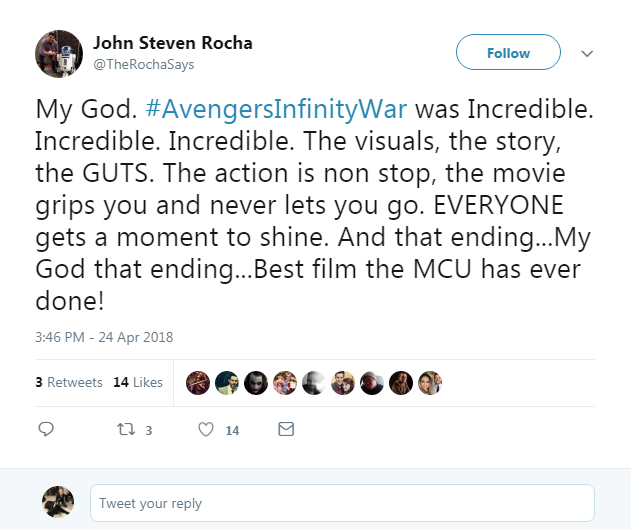 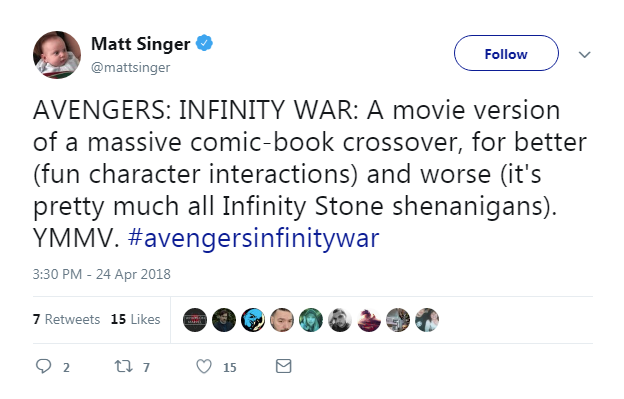 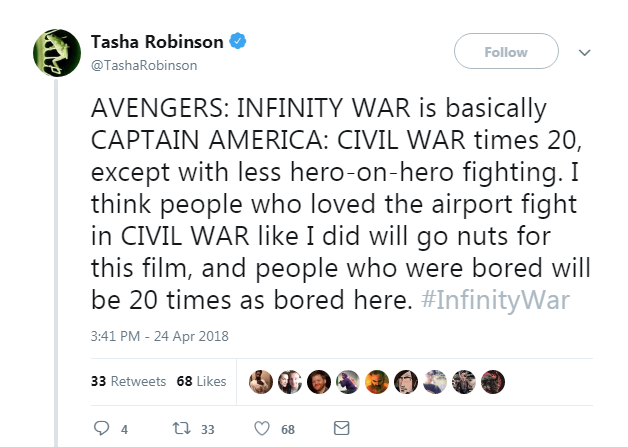 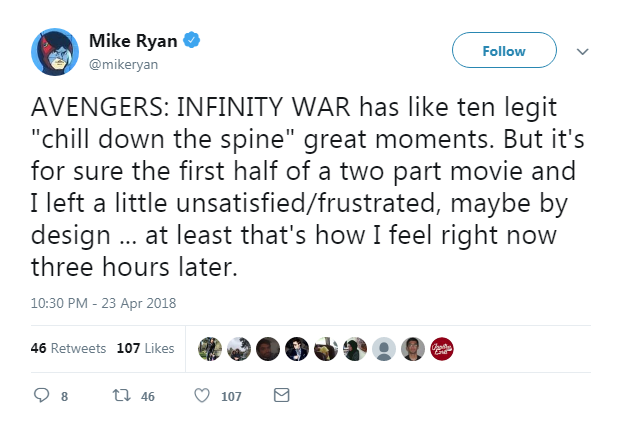 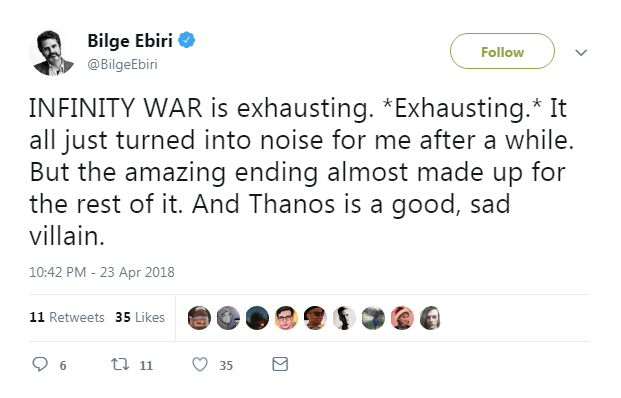 #Avengers #InfinityWar: Wow. Just…WOW! I was NOT expecting THIS! What a ballsy movie! Blown away! See this NOW! Do not get spoiled! Can’t believe what I just saw!!!! pic.twitter.com/dITeGTHTsu