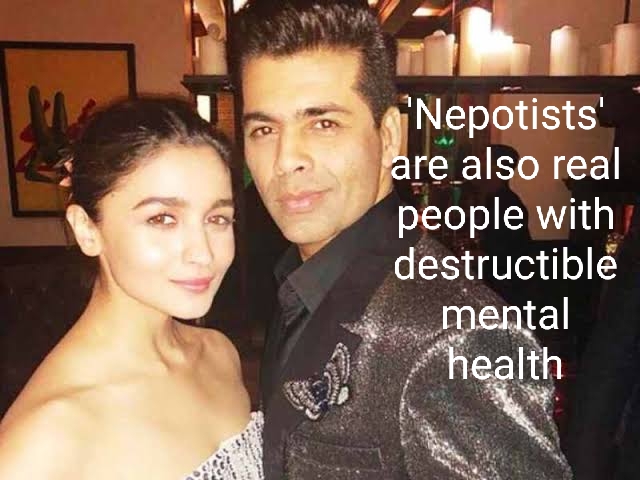 First things first – This is NOT an attempt to cash in on the tragedy.

The last few days have left me a terribly angry person. I couldn’t have anticipated that a tragedy of a 34-year old actor killing himself would trigger an avalanche of misplaced outrage that would reveal a detestable, ugly, sickening face of our society, where everyone just wants to milk the tragedy for their personal and professional gains.

Yeah, I know what you’re thinking. Am I not cashing in on what happened by putting out this piece?

Well, if I had to milk this tragedy for personal gains, I would just put out a list of best Sushant Singh Rajput films on the first day itself, which a big friggnin feature image of his and decorate the post with sad and lovely shots of SSR.

I didn’t, because I couldn’t. My conscience won’t allow. If that statement makes you cringe or feel that I am trying to place myself on a moral high ground, so be it. I don’t care what you think if that’s what you think.

I did not want to post anything on this topic, ever. But the last 3 days have been such an assault on not just my sensibilities, but on my perception of people and the basic idea that humans co-exist with empathy in their heart. It is so, so sad and sickening that people can stoop to being the scums of the worst kind and revel in it.

This morning, I truly lost it and had a long, albeit a very civilized, debate with someone on my Facebook friendlist whose timeline is filled with such poison – unproven, unverifiable claims that give her (and a million others) excuse to viciously hammer into the heads of Karan Johar and Alia Bhatt that they are single-handedly responsible for the suicide of a 34 year old.

To cut right to the chase, here are their statements in quotes and italics and my responses to each.

“Nepotism is real and should be eradicated”

Argument: “Nepotism is an undeniable truth, a disease which has to be treated. The first step is to ban the films of all products of nepotism.”

My Response: But, what does that have to do with Sushant’s Suicide?

My question is, what has this tragedy got to do at all with Nepotism?

Are people like Kangana Ranaut and Kamaal R Khan not disrespecting Sushant Rajput by using his death as an opportunity to get even with Karan Johar and Alia Bhatt, by actually hammering into their heads that they killed a 34 year old man.

Are these people not disrespecting Sushant Singh Rajput by claiming that he killed himself because Karan Johar wasn’t inviting him to his parties and Alia got all the awards? You really think that low of Sushant?

Also, what if this incessant screaming-into-their-faces that they are responsible for the suicide pushes Karan Johar and Alia to the edge and one or both of them tries to harm themselves, as Sushant did? Who’ll be responsible for that?

“SSR was a victim of nepotism, KJo and Alia are too thick-skinned to feel any guilt”

The Claim: It is so obvious that Sushant Singh Rajput was out of work because of being an outsider. People were not casting him despite his talent. and Alia and KJo are too shameless and thick-skinned to feel guilty after pushing Sushant to the edge. They are rich and privileged.

Oh, so you know Kjo and Alia personally! What, you don’t?

1. Sushant was having a great run in Bollywood. Unless you are someone who buys the loose statements made by Kamaal R Khan, you know that one of his movies – Dil Bechara – is ready to be released, and more were in the works. His last film, Chhichhore, earned 150 crore.

Now, if the conclusion you draw from the above is that Sushant Singh was a victim of nepotism, and that’s what drove him to suicide, are’t you just being a blind foot soldier of Kangana Ranaut and KRK?

2. In exactly which personal meeting with Karan Johar and Alia Bhatt did you realize they are thick skinned – 3rd or 4th or right in your first meeting itself? Obviously, you’ve met and interacted with them in person to know their personal traits?

I’ve literally disliked every movie Karan Johar has ever made. But that does that mean I start labelling him a murderer for no rhyme or reason?

Apart from the fact that one should use his or her own brain while judging situations and people, one also needs to be empathetic – if not towards Karan Johar then towards Sushant who wouldn’t have wanted his death been made into a sensational story, a spectacle that people are taking pleasure reading about or taking advantage of.

People like Kangana and KRK are using this tragedy to get even with Karan Johar. They are not saying anything substantive to prove their wild theories, and yet you’re falling for their idiotic and cheap antics. Why is that?

“Sushant’s close friends have openly said he was being discriminated against.”

The claim: Oh, you are just picking sides here, and you have decided to pick Karan Johar’s side blindly. Sushant Singh Rajput’s close friends have revealed that he was being discriminated by the movie mafia.

Name at least one ‘close friend’ who said that.

That’s right. It’s just your role models – KRK and Kangana – who have swung this narrative and you are falling for it.

These are all theories flouted by people who hardly ever knew him. If you want to hear what his close friends had to say, read what Rohini Iyer and Kriti Sanon said. Both of them make very revealing statements about Sushant’s personal choices and his mental state.

2. “Picking a side” and “narrative” are exactly two of my biggest grievances here. There is no side to pick and no narrative to spin. There should have been just one side, that is the side of SSR. But people who want to milk the tragedy for personal gains have created the ‘for and against’ camps so that they can get attention and earn more fans and relevancy in the process. That’s it.

“Sushant Singh Was Thrown Out of 7 Movies”

The claim: He was ousted from 7 films overnight, which belonged to the production houses of Karan Johar, Ekta Kapoor, etc.

Do you know the source of this ‘revelation’? It’s Kamaal R Khan.

Kamaal R Khan is the guy who started this whole thing about Sushant Singh being thrown out of 7 projects. KRK just made a loose statement on his Facebook and, bam! it went viral before you knew it. There’s is absolutely no proof to validate this statement. I think you should start keeping up with how fake news is created and made to travel these days.

“What about Vivek Oberoi? He was a victim of the same people.“

The claim: You are going to deny the injustice that was done to him, too? How in a heartbeat he went from a future superstar after the success of Saathiya to an actor who barely has any work.

Vivek Oberoi is a victim of personal vendetta, not nepotism.

Vivek Oberoi entered the industry riding on nepotism. His career is in a bad shape because of the vendetta that a superstar in our country has against him.

Or, do you now believe that KJo had a personal vendetta against Sushant?

The claim: The big production houses, like Chopras and Karan Johar had banned him. They did not cast him once in 7 years.

Who the Ef told you that?

Tell me, for the first 25 years of his career, how many times did Salman Khan – the flagbearer of nepotistic poison – worked in films that came under the banners of Chopras and Karan Johars of Bollywood? Think hard and tell me.

The answer is, not more than 2-4 inconsequential films.

Now, what did these big producers have against Salman? Yet, he has always been a superstar. And no, his own productions didn’t make him a superstar. His biggest hits up until Dabangg were not by any big names. If you are going to mention Sooraj Barjatya here, let me tell you Sushant has worked with much bigger names than that.

Don’t push KJo and Alia into the corner. What if they too…?

If a million people are screaming into your face that you compelled a 34 year old to kill himself, imagine what that would do to you.

You might think they are thick-skinned despite not knowing them at all, except through some outlandish statements by disgruntled people, but this is a huge stigma to carry around for any human being, especially when they have nothing to do with anything.

Again, I am not a fan of Karan Johar, and except for Koffee With Karan, I despise his meaningless TV appearances. But, for once, let’s just think like humans.

Do not fall for Kangana Ranaut’s lust for cheap publicity at the expense of a tragedy. She crossed all lines of decency a long time back. Now, she has turned into this pathetic excuse for a human being, just so she stays in the news.

You are a bigger person than her. Stop this madness.

Betrayed by Your Spouse? Here Are the Reasons to Seek a Marriage Counseling Expert for Infidelity

4 Key Indicators Someone You Love is Suffering From an Addiction