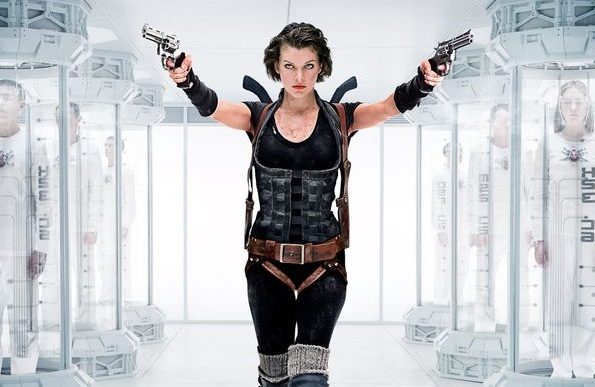 Alright, Lara Croft was hardly any critic’s favourite. But, does it matter? Really? Angelina Jolie will ever remain the aboriginal Lara Croft, but if someone somewhere decides to make a remake, here are a few babes who can fill the shoes to look hot and kick some ass: Oh yeah, you knew she’d be here. There is hardly a woman who has kicked more ass on big screen than Mila Jovovich. Her tun in the Resident Evil series and The Three Musketeers makes her the de-facto action heroine of generations. Sobriquets like ‘sexiest woman alive’ don’t hold a candle to her sizzling sensuality. She may not have set the screen on fire with her acting skills, but trust her to give flame to the inferno by her carnal prowess. Only the sight of a leather-clad, biker-chick Kelly Brook with a gun makes us drool. I am not even gonna start with how effortlessly she has replaced Megan Fox in the Transformer series, not letting is miss Fox, but where do I then. Rosie can make her claim to be the next Lara Croft despite the fact that she hardly gave anyone a serious whipping of the sorts you expect Lara to. Oscar-winner Jennifer Lawrence proved her mettle in The Hunger Games. Though Lara Croft may not need her immense versatility as an actress, she sure has had her lessons when it comes to action.

Despite its wafer-thin plot, Lara Croft was a fan-favourite in many countries. These babes – we could only hope – canadd value to the forgotten franchise

Himmatwala Review: Critics None Too Impressed!