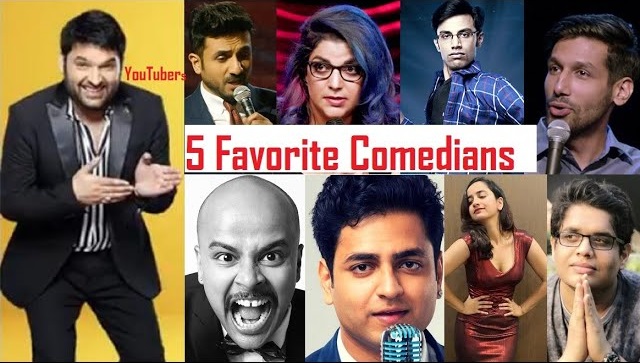 I am a full on Kapil Sharma fan but I also love watching YouTube Standups. Here are 5 of my absolute favorites. These names may include Vir Das, Tanmay Bhatt, Kannan Gill, Urooj Ashfaq, Biswa Kalyan Rath or none of them.

He’s one of those comedians whose delivery, whose body language is in itself a character in his comedy. He Isn’t doing anything extra, he’s just being himself. I mean like him or Upmanyu, you watch him in his interviews – the ones he gives or the ones he takes – that’s how he speaks, but it adds so much more to his act.

And of course, his sketches with Kannan Gill are some of the funniest sketches I’ve seen in my life. Just outstanding.

Ok I have very mixed feelings about Pant. I don’t find him very funny, His writing his topic notch and everything, but he does too many things with his body, he feels like he has to act out every word he utters from his script.

I do like over the top, but not his over the top. It throws me off. Funny because I have included him in this list.

The complete list is available for your viewing here:

So Tanmay Bhatt appears to be the smartest person I’ve ever, you know, seen on screen. He is a fantastic comedian and all, but I find listening to him in his interviews a very captivating experience.

He says such big things but in a very nonchalant way, very humble-ish language, you instantly like him. I’d love to some day sit across a table with him and just chat on different topics, but then I wouldn’t feel comfortable because he’s also a jerk.

I mean of course we don’t know these guys personally so it’s unfair and plain stupid to make personal comments, but I’ve already done that twice in this video, so it’s alright.

So even though he may, he MAY be polite enough to not say anything to me on my face, I’d still feel he’s bullying me in his thoughts.