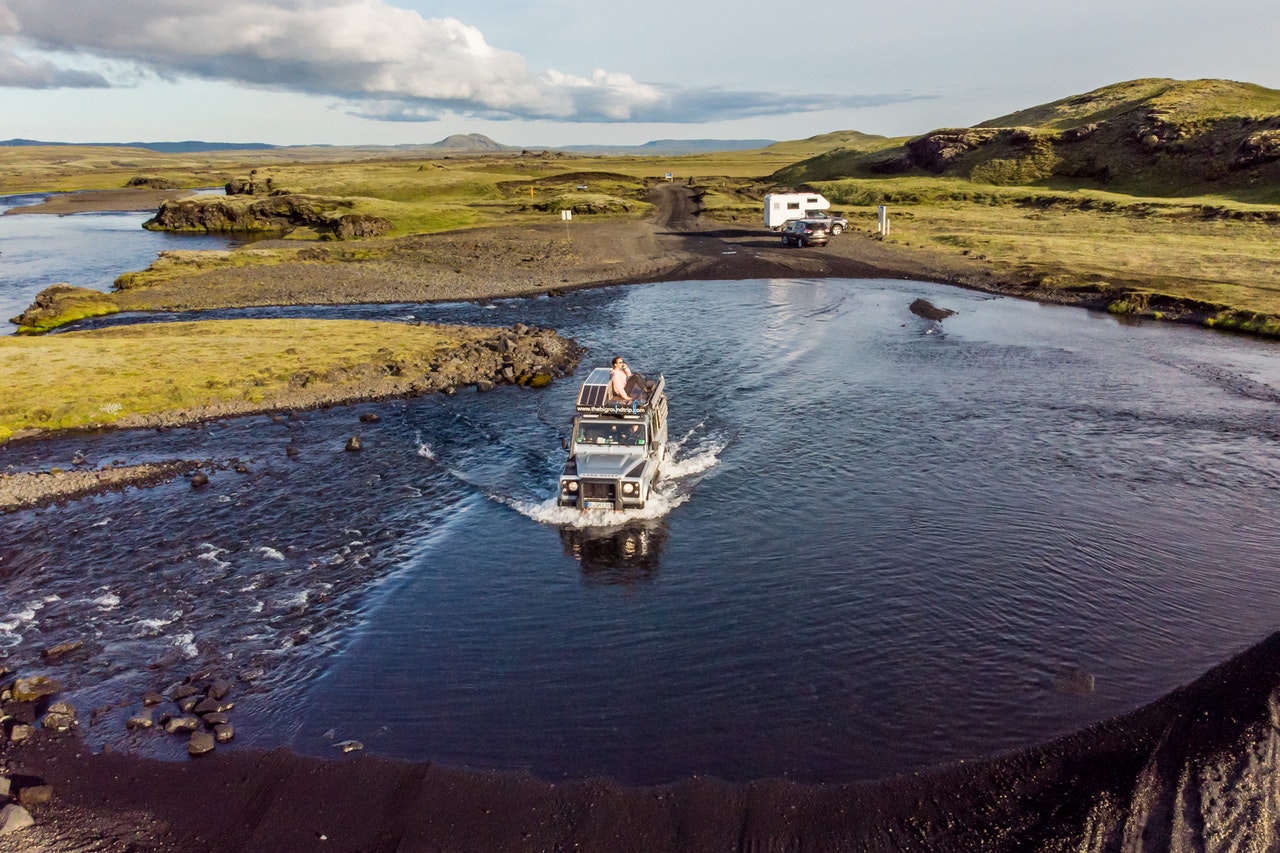 Land Rover is one of the most famous vehicle brands around the world that specialise in luxury cars. It gained prominence ever since its introduction in the 1940s and now has become an icon for the United Kingdom. Run by the British manufacturer Jaguar Land Rover, it is owned by Tata Motors of India for well over a decade. In this article, we look at some of the fantastic facts regarding this brand.

The times during which Land Rovers were originated was nothing short of a miracle. After the Second World War, the British economy was going through a tough time, and the government had applied several taxes and guarantees regarding vehicle exporting to ensure they are used by the manufacturers. Another hurdle during the 1940s was the low supply of steel and inflated prices. Two brothers, Spencer and Maurice Wilks started working on the design and were inspired by the original version of Jeep. They even used the Jeep’s chassis and axles for the prototype, which was the only vehicle they had on their farm. The aim was to come up with a stronger and efficient car that can work comfortably in farms and at the same times, run fast on the roads. Hence the term Land Rover was introduced.

Within a couple of years of its inception, Land Rover was able to gain the attention of the British Royal family. In 1951, it was granted a first Royal Warrant by King George VI in 1951. Land Rover provided the first bespoke state review car for the King and has ever since been the preferred vehicle for the Royal Family. It is one of the only two automotive companies that have all the three Royal Warrants from Her Majesty The Queen, His Royal Highness The Duke of Edinburgh and His Royal Highness the Prince of Wales. It allows companies to promote the fact that they are associated with the Buckingham Palace. But it is also rumoured that not just publicity, but the queen prefers Land Rovers and has driven the cars for several years.

Land Rover Series II and III and Defender have become synonymous with the army usage around the world. These designs use aluminium as the core material, which means longer resistance in corrosive conditions and strength against strokes. It is most commonly used by the British Army and other Commonwealth countries such as Italy, Iraq, and Pakistan for patrol duties, although they are known by different names in each location. It was frequently used until recently, but due to the bomb attacks and mines, various armies are now trying to replace them. As of today, they still have a useful role and will take years to come up with an alternative vehicle that performs tasks in a variety of conditions.

The first land rover design was very different from what we are used to today. It had a steering wheel in the middle, just like the jeeps in the late 1940s. Both the brothers lived on a farm in Anglesey Wales and required a vehicle that can help them work on the farm, as there were no proper roads nearby. Although they did take into account the car’s efficiency on the streets. Initially, hurdle clearance was focused upon in detail, and the recent models have just improved the designs for hurdle crossing purposes by introducing height-adjustable air suspension. It also focused on crossing the muds and water with working as a tractor. The modern cars can pass through 900mm of water without being a burden on the engine.

It may not come as a shock that Land Rover was the company that introduced the world’s first monster trucks. It was the British Forestry Commission that required a vehicle that was quickly able to move through muddy and swampy land, and it was the Land Rover that came up with the innovative model to fulfil the requirements. The design included a lighter upper body with large tractor tires along with the axels with increased efficiency.

A symbol of adventure

With their stubborn design and strength, these cars have long been seen as the primary vehicles for exploring and adventure. Land Rovers were the first cars to win the world’s famous Dakar Rally in France and were a leader in crossing the Darian Gap. Oxford and Cambridge Far Eastern Expedition was a competition sponsored by Land Rovers in which students of Oxbridge travelled from London to Singapore. For almost two decades, beginning the 1980’s the company provided vehicles for the famous Land Rover Olympics of 4×4 cars. In this race, the team of two people based on their nationalities had to travel thousands of miles around the world going through adverse landscape and weather to win the ultimate prize. It is no surprise that the population in remote areas prefer buying land rovers over other cars because of their multi-purpose qualities.

Multiple owners over the years

Initially, it was part of the Rover Company where the two brothers Spencer and Maurice worked but became a part of Rover Triumph division once the Leyland Motor Company took over in 1967. Due to the difficulties faced by the parent company, it was separated as Land Rover Company since 1978. BMW bought Land Rover in 1994 and tried to integrate it within their brand. A few years later, they sold Land Rover to Ford Motor Company, and it became part of Ford’s Premier Automotive Group after the acquisition of £6 million. In 2007 Ford announced that it would sell the Jaguar and Land Rover and Tata Motors India entered a successful bid of £1.7 billion a year later to buy both the brands along with three other lesser known trademarks.

Land Rovers have increased in quality and fame over the years; it shows in the record total annual sales results in 2018 which went up 1.2% to 180833 and with the innovative design and purposes, this number is predicted to go up in the coming years.