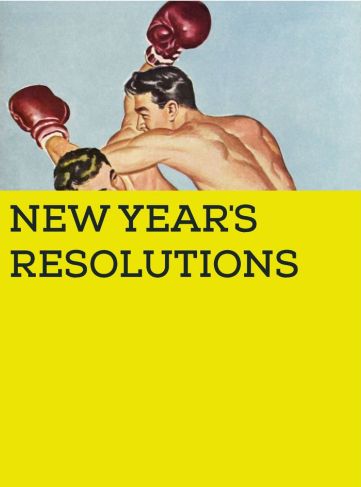 Sure, we’ve all made some mental resolutions maybe. To get into shape, learn a new art form or save more money. But honestly, how sincerely are we going to stick to these? What is significant however, is that hardly any of us make resolutions to change our behaviour. Which frankly, could be the root to a lot of our hardships or sorrows. So here’s to behaviour-changing resolutions – the ones that can be easily kept, well maybe.

1. TO BE MORE DECISIVE, TO BE LESS FICKLE.

You’ve made a choice. Now stick by it, goddammit. Be it a dress, a shoe or a random fling. Have the balls to own up to the decision without taking the crutch of convenient excuses. “I was too drunk that night, so I didn’t have any clue” being one. Or “Should I have taken the other dress, this one looked way better in the shop” or “I was literally forced into having a shot of tequila”. If you’re adult enough to have done it, you’d better be adult enough to admit it was your decision. And stick with it, no matter how lousy it makes you feel or makes you appear. And remember, the one who makes a decision and sticks by it is far braver than the one who makes the right decision and doesn’t.

2. TO FIND CLOSURE, RATHER THAN WAIT FOR IT

Oh yeah, this one is tough. But it’s worth a resolution. Finding that perfect closure (and who knows what that is!) may never happen. Or it may happen too late. So if you’re wise and want to be happy, find the closure in your head. Don’t wait for your ex-partner to get hitched or put up a status saying ‘In a Relationship’ or move out of town for you to figure you’re “over” him or her. And for goodness sake, please don’t fool yourself and your besties into believing you’ve found closure when you’ve just spent an entire hour talking about his Whatsapp picture. It’s this way. Either you move on or you don’t. And if you haven’t, then at least, be decisive that you haven’t. So refer Point 1 again.

3. TO BE CONSISTENTLY GOOD RATHER THAN ERRATICALLY BRILLIANT

Truth is, it takes a lot of hard work to be consistently good. So most of us do the ‘erratically brilliant’ thing because its easier. That occasional burst of effusive calling followed by months of studio silence. That spate of chatty emails and messages followed by weeks of staccato replies. That glorious period of showering undivided attention and affection followed by the quintessential disappearing act. Not cool, not kind, not done. And no matter how sick or busy or bogged down you are, make sure the other person knows. Or else, become a closed chapter. For which, you’ll have to refer to Point 2 again.

4. TO MAKE MISTAKES AND LEARN FROM THEM

If you’re living a life minus any mistakes, chances are you’re leading a really boring life. However, if you’re leading a life making mistake after mistake, chances are you’re not really learning from any of them. So you goofed up on a job, you ratted out on a friend, you exchanged rude words with your folks, you screwed around with your friend’s boyfriend….ah well, there’s always a new mistake waiting for you, just round the corner. But hey, if you’ve done it once and you’re doing it again and again…it’s your favourite mistake, admit it. And you like it, admit that too. So then just get real and be consistent about committing the mistake. And to know more, refer Point 3.

5. TO ENJOY BEING ALONE, BUT NEVER SUFFER FROM BEING LONELY

Being alone is a privilege, given our world of clamoring media intrusion. So when you find time to be away from friends, family, neighbours, colleagues, TV, radio, iPod, Laptop and pets, enjoy it. Introspect a little, focus on self and ask yourself pertinent questions – the ones you’d never ask when you’re sitting with friends. However, never confuse this with loneliness. That, my dear friends, is a territory you don’t want to venture into. For if you’re lonely and alone, you’ve obviously made some rather tragic mistakes. And well, what did I say about mistakes? Exactly. Refer Point 4 if still unsure.

To a better 2014 we shall strive. And I sincerely hope you will try these pointers. But to be able to focus on self, you’ll need to refer Point 5. Happy New Year!