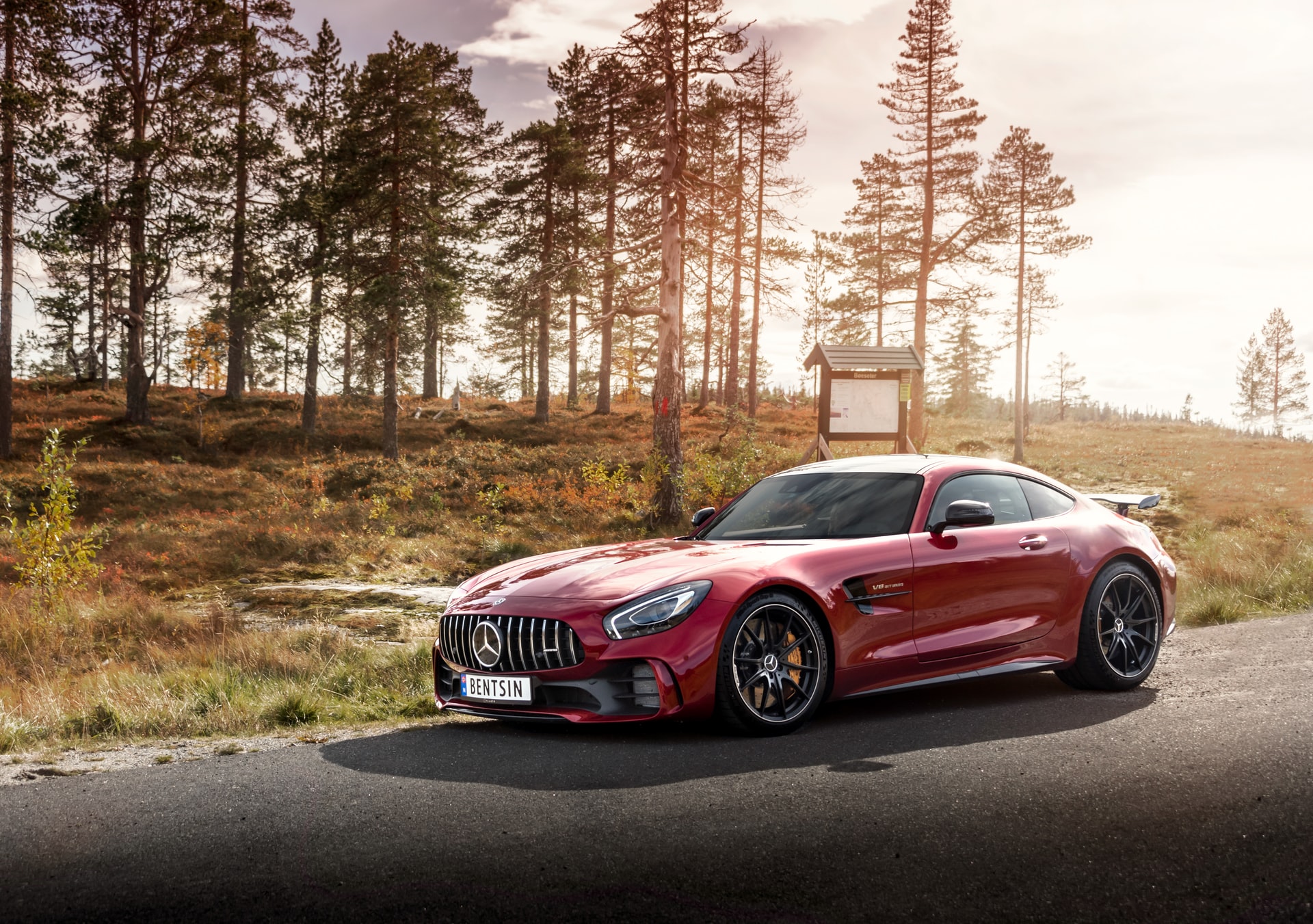 Few people know that Mercedes-Benz invented the first car. Did you?

Although Henry Ford may have produced the first mass-produced vehicle, Mercedes-Benz was the first to create a car that was driven by a combustion engine. Although it had just 3 wheels, this was considered the first car ever invented. If the latest blockbuster Ford vs Ferrari starring Christian Bale and Matt Damon comes to mind, stop right there. That film had nothing to do with this article.

Anyway, back to Mercedes.

Innovation didn’t stop with cars with a combustion engine. Mercedes-Benz continued on to push the envelope in innovation by creating the ABS (Anti-lock Brake System) that is now standard equipment in all motor vehicles. Mercedes-Benz also invented revolutionary crumple zone technology. This metal architectural achievement created zones in the automotive uniframe that would absorb the energy of a crash on impact by deforming and converting the energy.

Mercedes-Benz continues to lead the way in innovation in the digital age with advanced technologies. Because everything that they invent appears to spill over into every other brand of automobile, keeping an eye on what they are up to is of paramount importance in predicting the future of automobiles. Let’s discuss the 10 top trends in Mercedes-Benz cars today.

Inspired by the relaxing atmosphere of a spa, Mercedes-Benz takes luxury to the next level with this interior control system. Choose from six of the comfort zone programs to dial in your Idyllic automotive paradise: Comfort, Warmth, Freshness, Vitality, Joy, and Training.

Not only does the program select one of the 64 ambient lightning modes but it also selects an interior scent, appropriate music, and even seat massage settings. If you are looking for the full automated sensory experience, Mercedes-Benz delivers services that sound like something out of a Sci-Fi movie.

Leading the way in autonomous driving, Mercedes-Benz is taking us to the plateau with intelligent drive. This advanced AI (artificial intelligence) relies on a variety of radar sensors, cameras, to take the work out of driving. You can swoop into the next lane with a nudge and count on your Mercedes-Benz to correct any braking, steering, and acceleration objectives on your behalf. Although completely autonomous driving appears to be in the wings, regulations and beta testing makes this the next best thing. And when you need advanced technological support, Mercedes repairs Euro Specialists [sic] are the intelligent choice.

In order to keep up with electric motors and their instant pedal power, Mercedes-Benz has developed a system called launch control. This digital system miraculously adjusts the running conditions of the engine to launch the vehicle forward to 60 mph in just 3.5 seconds. This makes it the perfect tool to quickly merge into traffic from a standstill or to take off from a quick break on the shoulder without batting an eyelash.

If you have ever felt a little uncomfortable in those hard corners from the lateral g-forces, curve tilting is for you. This ingenious piece of engineering tilts the inside track of the car by 2.65 degrees to keep the vehicle level as it makes the turns. The system also adjusts the dampeners to compensate for any bumps in the roads. This level of adaptivity tweaks your vehicle for the smoothest ride possible and makes the motoring more enjoyable than ever.

Unlike most all-wheel-drive systems, the Mercedes-Benz 4Matic+ is like a cheetah on the roads. It has the finesse of a large cat and is able to seamlessly transfer power to any wheel at any time. This is all thanks to an electromagnetic clutch that is constantly fluctuating the power transfer of the axles to adapt. This system uses traction, driver inputs, and overall road conditions to ensure that the ride is smooth and efficient at all times.

Mercedes-Benz has also developed a unique side airbag system that deploys a burst of pressure and releases the seat belt to avoid direct impact during a side collision. This novel device is like one of those safety ejection seats in a jet fighter. However, instead of sending the pilot off in a parachute for a soft landing, the airbag deploys with explosive force, in an instant, to gently nudge the driver out of the impact zone.

This new adaptive damping system is similar to the predictive concept used in the side airbags. In vehicles equipped with EABC, their vehicle will be one step ahead of the road and constantly adjusting the suspension to absorb any excess vibration.

Dampeners are equipped with their own individual hydraulic pumps and air springs to smooth out the ride on each wheel. This kind of specialized care is heightened with the addition of cameras that monitor the terrain and adapt the suspension to compensate for bumps and valleys that a driver may encounter. This is particularly useful for off-road driving.

Mercedes has announced its plan to produce 130 electric vehicles by 2030. This means more hybrids, plug-in hybrids, and all-electric vehicles. Several new models are in the works for 2020 and beyond. The AMG GT will be fitted with an amazing 250-kW (335-hp) electric differential-mounted EQ booster pack for extra power. The futuristic EQS is at the top of the pack with concept styling that is reminiscent of something they might drive on Mars if it were inhabited.

Mercedes-Benz is already a step ahead of many manufacturers. They have fully functional hydrogen fuel cell designs ready for production once the infrastructure is available to make refueling them easy and convenient. The GLC Fuel Cell is combined with a battery pack and can be used to power a plug-in hybrid vehicle.

Mercedes-Benz is already well into developing totally autonomous driving machines. Although there are some bugs to work, some beta testing, and those pesky safety regulations that require a lot of research and development, you can expect to see these creatures in the next decade. The road tests may start out in more desolate areas where there is less traffic and fewer risks of a malfunction. But, eventually, you will have vehicles that have so many redundant fail-safes at the automated level that having a human driver simply increases the risks of human error and accidents.