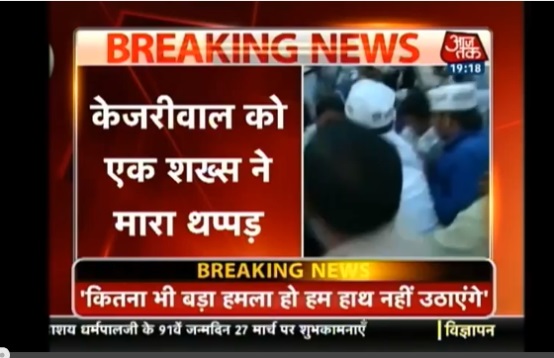 Here are the Aam Aadmi Party achievements I hav kept an account of from last 3 months, didnt need any research, writes Rohit Raina: 1. Out of a population of 2 Crores, only 24k people were given the luxury of paying half their bills. And who were those people? They were the ones who broke the law and didn’t pay their bills at all because Kejriwal asked them to do so. For the likes of you and me who followed law, we were the culprits who didn’t deserve Kejriwal’s promises like cut in power tarrifs
2. Supporting Khap panchayat unconditionally – the same set of people who burn girls/boys alive when they r having an affair without marriage.
3. Insensitively raising questions on the sacrifice of Delhi police inspector Mohan Chandra Sharma, who had laid down his life while fighting with Indian Mujahideen terrorists
4. Asking a media men to edit out certain portions because they won’t make him look good. He asks the interviewer to not ask questions on privatization as it would not get him votes from middle class
5. Going on a dharna for a thug like Somnath Bharti who labels partying women as prostitutes
6. Speaking so much against VIP culture and yetbringing chaos at public places, indulging in damaging public property, protesting for silly causes and bringing cities to halt. Destroying properties that hav been built from the income tax we pay.
7. Asking for a house of 10 rooms when he said he would not prefer anything more than 3 rooms
8. Getting funds in crores for party from illegal foreign resources and claiming they dont have any money to spend
9. Despite being a media-child, threatning to send all the journalists as soon as they started criticizing AAP to lock up….
10. Going by helicopters from one place to the other wen he said he wont spend an ounce of Our money on luxuries.

View all posts by Rohit