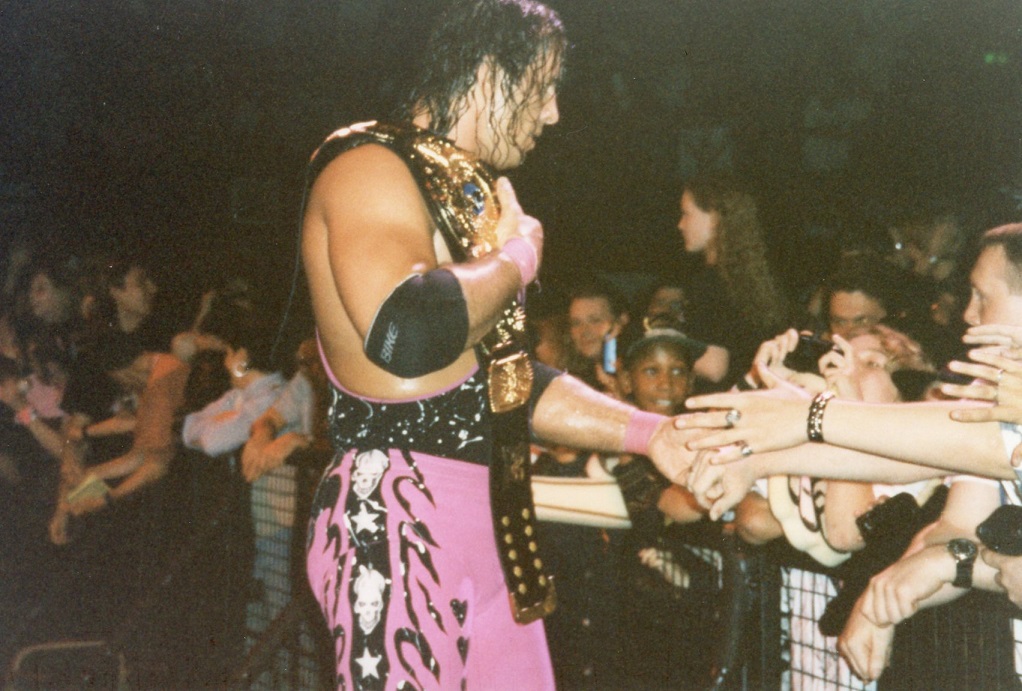 To state that Bret Hart is a legend would only amount to quoting the Captain Obvious. One of the greatest ambassadors of WWE, Bret ‘The Hitman’ Heart has fought all kinds of battles – on the wrestling mat and off it. And nothing has not generated buzz, regardless what Vince McMahon would have you believe.

Bret Hart was at his peak came when WWF was going through its most tumultuous period; drug scandals, McMahon’s own battles with the law, and what have you.

At the time, they had the biggest baby-face in Hitman but not many heels for him to dance with in the ring. And yet, the hold that Bret Hart had on the wrestling fans made sure they poured in every night in massive numbers. After all, it didn’t matter who Bret Hart was wrestling, it was a predisposed fact that he would have a great match.

Bret The Hitman Hart suffered from an acute case of the inability of having a lackluster match.

Which brings us to the heart of the article, why should you be a Bret Hart fan for reasons other than his in-ring skills?

Why Bret Hart is The Greatest Wrestler

#10 Successfully breaking into singles after an established stint at Tag Team championships.

#9 Winning King of the Ring in 1993 by hard-fought matches, and then walking into Hulk Hogan’s dressing room and telling him to go f’ himself!

#8 For beating up the pretty boy Shawn Michaels left, right and centre.

#7 For putting over his brother Owen and forever erasing the unjust label of “jobber” off him forever.

#6 For offering to pay for any possible surgery that would help The Dynamite Kid walk again.

#5 For coming back to WWF in October 1996 instead of going to WCW despite having been offered an astronomical sum of money.

#4 For continuing to kick ass and take names inside the ring despite that fact that he was pushed aside time and time again in favor of the likes of Hulk Hogan, Lex Luger, Diesel and Shawn Michaels

#3 For refusing to put over Shawn Michaels at Survivor Series 1997 after HBK had refused to job to the entire locker room, also for showing some pride and knocking Vince out in the dressing room for what he did. Personally, I think it would have been more fun to knock out Shawn.

#2 For having the courage to return to the WWF in 2010 and bury the hatchet with Shawn Michaels and Vince McMahon. When you carry your emotions in a backpack over your shoulder for as long as Bret did, the only one who suffers is you.